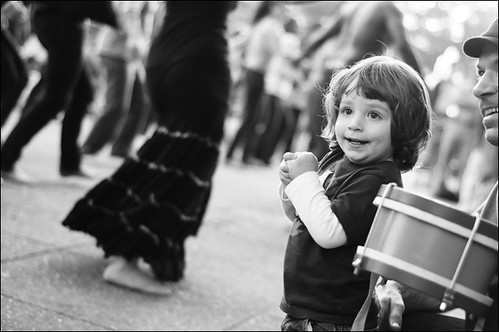 The following was written by PoP contributor Eric Nuzum. Also of note: Eric will be at Past Tense Yoga, 3253 Mt. Pleasant St. NW, after Happy Hour on Fri, Oct. 23 for an entertaining reading from both The Dead Travel Fast, his pop culture look at vampires, and his forthcoming book Bring Me To Heaven, where he visits to some of the most haunted locations in the country to find ghosts. You can read Eric’s previous contributions here.

The other day I was watching CNN and five-word headline scrolled across the bottom of the page, “Pet bear kills Pennsylvania woman.”

Of course, since I rarely have anything better to do, I immediately Googled “pet bear kills pennsylvania woman” (the 15th most-popular search term at the time) and found this story, detailing the demise of 37-year-old Kelly Ann Walz of Ross Township, PA. It seemed Mrs. Walz kept a variety of exotic animals as pets–a cougar, a lion, a Begal tiger, and a 350-pound black bear. The Walz family had kept the bear in a fifteen by fifteen foot concrete and steel cage for nine years. A few days ago, Kelly threw in some dog food to distract the bear while she cleaned its cage. Once inside, she learned the bear wasn’t all that distracted, was probably more than a little pissed off about the 225-square-feet-of-space-for-almost-a-decade thing, and mauled her to death.

At several stages of this story, it kind of leaves you asking yourself: what was she thinking?

And few months ago, I read a similar story in Esquire, about a guy who was attacked by a pet chimp, who severed the guy’s foot, nose, testicles, and a few fingers in the process. And while especially gruesome, overgrown chimp attacks aren’t all that rare.

It kind of leaves you asking yourself: what were they thinking?

You may be curious where I’m going with this. It’s just that when I saw that headline crawl across the TV earlier, the first thought that entered my mind wasn’t about the woman, her family, or even the bear. I thought about my son–or more specifically, that I am about to become a father.

If your first thought upon reading that last sentence was “What is he thinking?” you can probably understand my state of mind. Much like our deceased and disfigured former exotic pet owners, my wife and I, despite the experience of others, the laws of nature, and common sense, have decided to have a child. Continues after the jump.

In addition to an arsenal of unsettling and impossible-to-forget information I’ve encountered at childbirth class, I have learned exactly two things about having a child:

2) Everyone–and I mean everyone–is quick and plentiful with copious parenting stories, horrific and uncomfortably intimate childbirth details, and an arsenal of local tips and guidance–even from people who do not have children and have no real experience on which to base their plentiful opinions.

So, dear fellow community members, I’d like to hear your advice. Let’s skip past the birth details (let’s put it this way, if you don’t know what a perineum is or what happens to it during pregnancy, you don’t want to know and shouldn’t ask others, let’s just say it involves the phrase “ring of fire”) and cut right to the actual useful information. Being a parent in an urban environment can be tough, so I’m hoping to hear your list of “musts” and “must avoids.”

Moms and Dads, in the comment section, we’d love to hear your advice for our raising one of Petworth’s newest residents (well, he will be when he’s born in December). Have you found a restaurant that has a kids menu with something other than chicken nuggets? Walking routes that avoid broken glass, garbage, and rabid bats? Is there a park with passable bathroom facilities for changing? Local business or service you found especially useful when your little pooper/puker arrived? And, most importantly, has anyone found a bar that gives free shots to anyone pushing a stroller?

As long as it doesn’t involve the words “effacement” and “dilation”–I’m all ears.