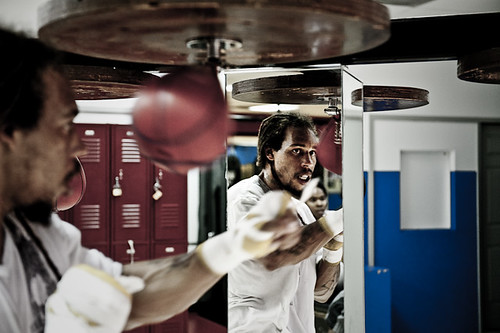 Al Johnson is a professional boxer who grew up in Washington, DC. Known as “Alexander the Great,” he fights in the light heavyweight division. His record after two years in the pros stands at 7-0 with 3 knockouts. He trains at Sugar Ray Leonard Gym in Palmer Park, Maryland.

His last fight took place on September 26th at the Patriot Center in Fairfax, Virginia. He is pictured here in the weeks leading up to the event, during which he trained five hours a day, five to six times a week. Staying in shape for the ring presents a number of challenges.

“Boxing is a full-time job,” he explains. “Between rope work, eating right and getting enough rest, you have to be tough on yourself. You’ve got to have discipline about it.” 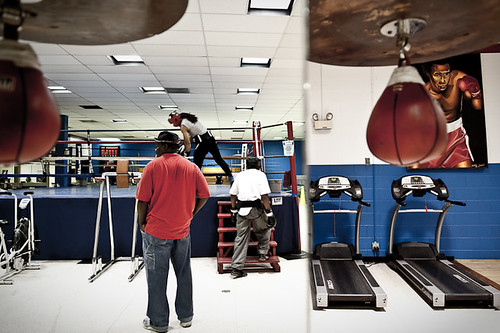 Al enters the ring for training. His trainer Zeke (red shirt) stands by as a portrait of Sugar Ray Leonard hovers in the background.

He attributes a share of his perseverance to his team, which includes his manager, Diana Hall, and his trainer who goes by Zeke. With his operatic harangues and constant critiques, Zeke plays the role of taskmaster, which sometimes leads to tension between the two men. Asked about their relationship, Al concedes, “I’ve got a great trainer. We have our ups and downs, but it’s mostly because I get to the point where I’m so anxious to fight that I’m barking at anything.” 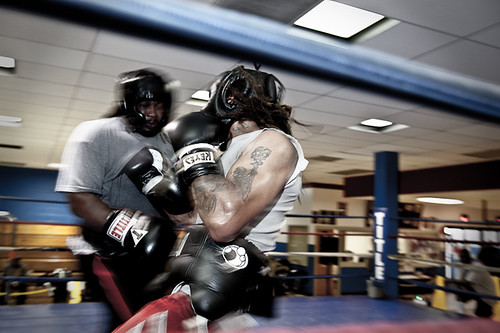 Al lands an uppercut against his opponent in the ring.

Al can regularly be seen working the door at The Wonderland Ballroom and Looking Glass Lounge where he supplements his income to support his family—another challenge he faces with his characteristic aplomb. 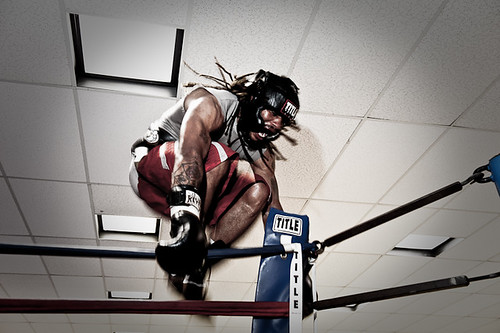 Al Johnson celebrates after a good round.

His next fight is on Saturday, October 24th at the Washington Convention Center.

More photos after the jump 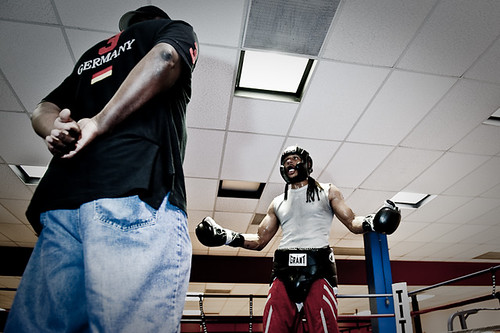 Al argues with his trainer Zeke over boxing strategy. 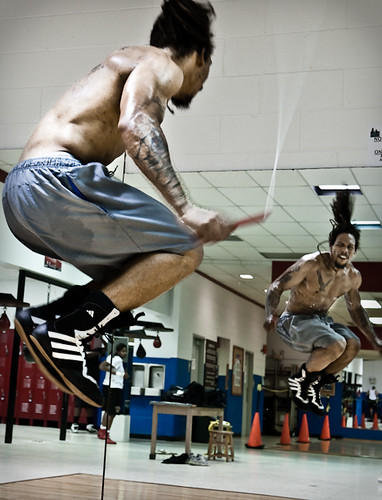 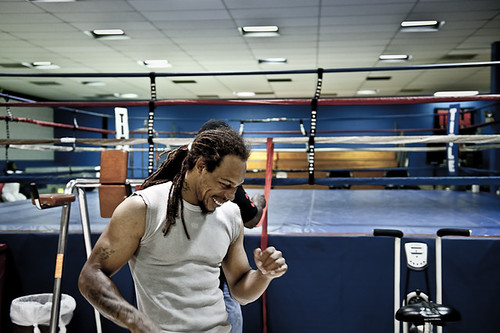 Al Johnson jokes with his trainer Zeke before heading home around 3pm.