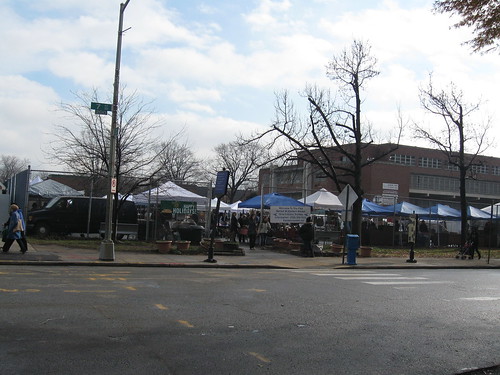 Back in June Nichole wrote about the Hines Redevelopment Proposals for the 7th and Pennsylvania SE, redevelopment of the Hine Jr. High site. The Mayor issued a press release announcing Stanton-EastBanc as the winner. The press release says:

“Stanton-EastBanc’s proposal calls for about 510,000 square feet of total development at the site. It will include more than 200,000 square feet of office space – about 62,000 square feet set aside to move the nonprofit International Relief and Development and its 200 employees from Virginia to a new headquarters in the District. The project is also set to include about 150 apartments, 60,000 square feet of neighborhood-serving retail and restaurants, consolidation of the Shakespeare Theatre Company’s operations and 150 parking spaces.

Stanton-EastBanc did not request any subsidy from the District for the project. The project could break ground as soon as 2011.”

Now for the Bad News:

Back in August we looked at the proposed development of the Giant and surrounding area on Wisconsin Ave by Newark St. City Desk reports:

“Work at the Friendship Shopping Center site will now be delayed – again. Sharon Robinson, a consultant to the project, said the appeal, while not unexpected, “is subject to a judicial process that will likely take two years or more to complete.” But Giant doesn’t have plans to back down; it “remains committed to the project.””

And sorry to end on this but it is worse news:

“A man was stabbed in front of an apartment building in D.C.’s Adams Morgan neighborhood Monday night, authorities say. The incident occurred around 6:30 p.m. in the 2600 block of Adams Mill Road NW.”

They say the man stabbed in the stomach is expected to survive and the assailant has not yet been caught.

Read more →
More Stories
Anyone Check This New Cafe Out Yet?House of the Day