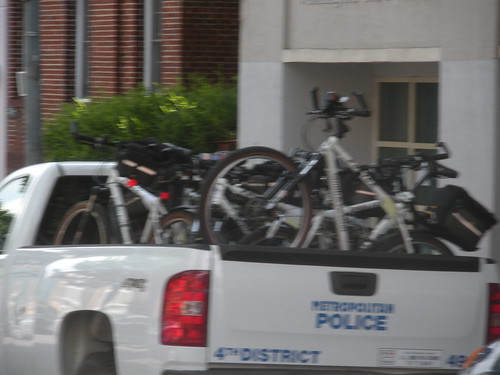 “Only two hours earlier these bikes were going about their daily business, peacefully loitering in Pershing Park.

120 minutes and one All Hands on Deck later, they were all hogtied and in transit to a mass holding cell downtown.

It’s a complicated one but I dig it.