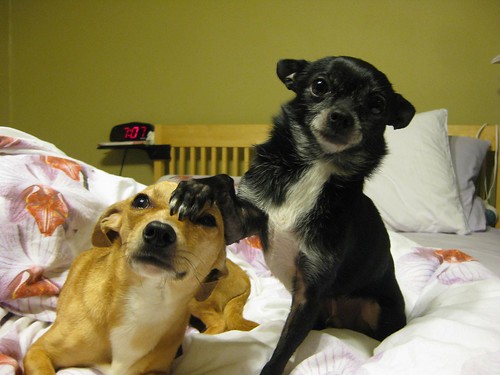 “This is Ukiah (tan Chihuahua-Dachshund mix and WARL rescue (pronounced You-Ky-Ah)) and Pico (Chihuahua) multitasking – practicing the “pose” and “shake” commands at the same time!

Pico enjoys playing with anything that squeaks or bounces, including Ukiah. Ukiah enjoys snuggling under the covers.” 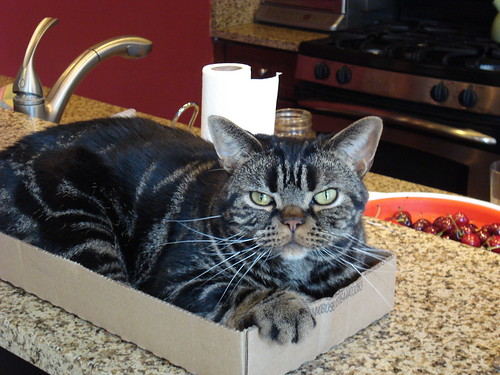 “Norbies (Norbert) is a 3 year old American Shorthair. He is an extremely rare cat in that he comes when called and is the only cat I’ve ever encountered that seems to be entirely hypoallergenic. He is wise beyond his years and has helped advise me in many areas of life…He has taught me “when in doubt, RAWR!” Sage advice.

He enjoys cardboard boxes, catching flies that get into the room, and messing with his brother Goblin (French Bulldog). Before he moved in, I had an intense aversion to cats (blame it on the allergies) but he has changed my entire world.
Simply the coolest cat I’ve ever met.” 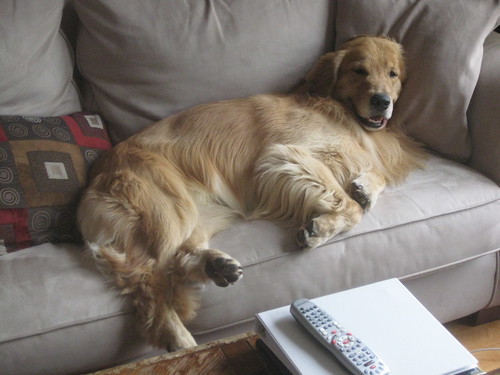 “This is my boy Flash. We live in Columbia Heights on Monroe Street. He is a Golden Retriever. Actually, Flash is a show dog from my mom’s Kennel in Richmond, VA. She works closely with several universities including Duke and Virginia Tech now trying to help learn and prevent major cancer’s in Golden Retriever lines. Some retirement she is living right?

Anyways, Flash is basically just an extension of our couch. He’s always there for a few smiles, and a cold brew or two.”

Ed. Note:  Submissions have been closed.  No more entries will be accepted at this point.

“This little sweetpea, Lily, naps all the time! While not a high-quality photograph – her naptime pose is priceless, she can’t help but make you smile! She’s just about 9 weeks old and according to the vet – very healthy and a solid 18 pounds.” 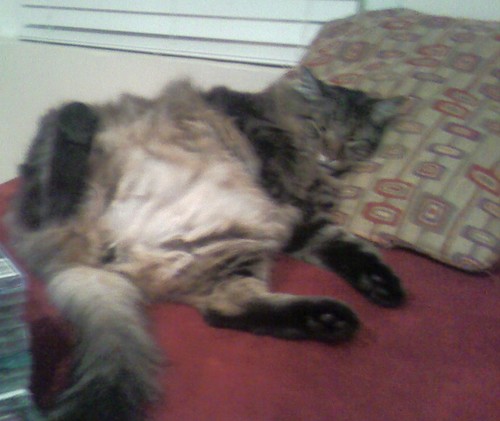 “Here is a picture (sorry it is a fuzzy cell phone pic) of my 22 pound Maine Coon named Forsberg (named after Peter Forsberg the hockey player). Forsberg patrols the top of our fence in Trinidad and scares away the alley cats, rats, and local kids. In this pic he is taking a well deserved nap after a night on duty.” 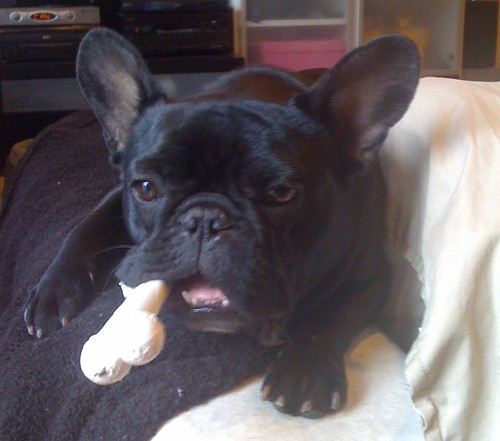 “Goblin is a one and a half year old French Bulldog. He enjoys sleeping, snoring, cuddling, and giving/receiving love. He also enjoys humping his “brother” Norbies (American Shorthair cat also being entered) much to the chagrin/amusement of his family. His favorite tv show is the Wire but he hates the dogfight scene and seeing little hoppers go down the wrong path in life.
He can often be found patrolling the 1400 block of Harvard St. and is looking forward to joining the neighborhood watch program.
He reads Prince of Petworth daily and thinks that he looks a little like the frog in the logo.” 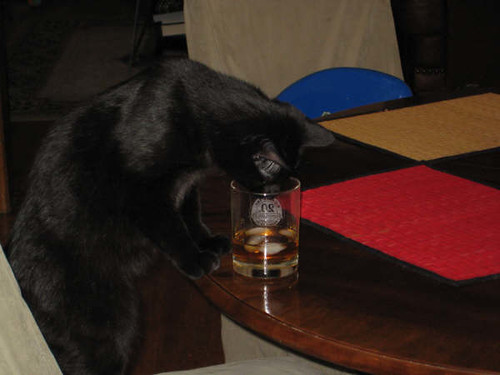 “This is Twizzle a.k.a Twizz. Twiz came to us from the shelter up Georgia ave. Here he is enjoying a Manhattan after a hard day doing whatever cats do. And yes I cant keep him away from these things. Don’t know what his previous owners were like, but I some ideas.” 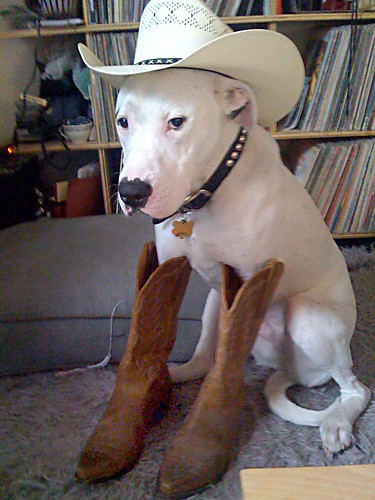 “I’d like to enter my dog Oliver into your contest… he lives on Fairmont in Columbia Heights.”