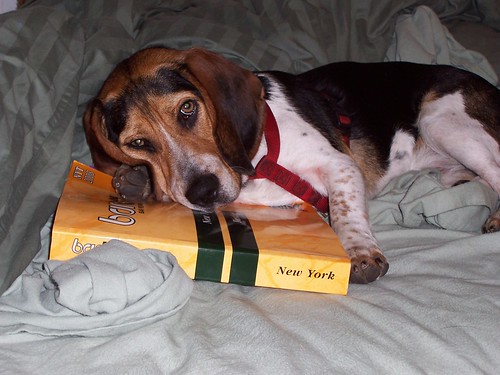 Turn ons: sleeping on forbidden furniture, Snausages, getting his back scratched, and finding chicken bones on the sidewalk.

Turn offs: getting his ears cleaned, bicyles and other scary be-wheeled things, not being allowed to eat the chicken bones he finds on the sidewalk. He is obviously not a big fan of the New York bar exam, either.” 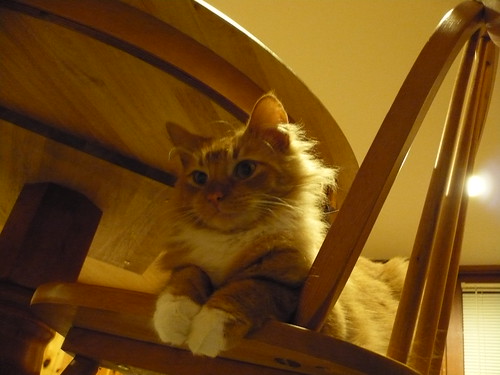 “Attached is a photo of our cat Hunter. Hunter was adopted in mid-April from a shelter in PA and made the big move to our apartment in Petworth. Since coming here he has proven himself worthy of his name as he has enjoyed big game hunting the various roaches and spiders that make their way into our apartment from time to time.” 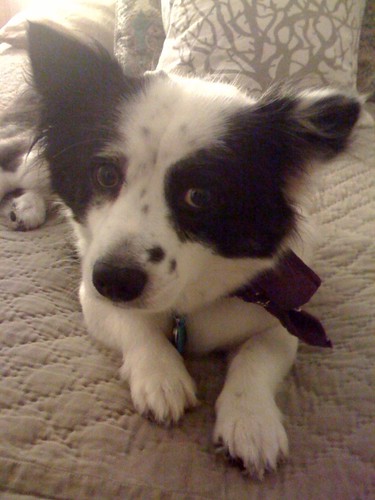 “I’m pleased to introduce you to Olive.

Olive is a corgi/border collie/panda (?) mix adopted from the incredible Washington Animal Rescue League. Olive was in very rough
shape when WARL gave her a second chance last year and she has now blossomed into happy, healthy pooch. She enjoys watching all of you PoPer’s from our front window, meeting new friends on the Wonderland patio, and stalking the elusive Sherman Avenue Black Squirrel.”

Ed. Note:  The cats are not competing against the dogs.  There will be 5 dog, cat and “other” finalists that will each compete in their own category.  We’ll have a poll in each category to select the winner.  Using the comments section for these posts will help me select the 5 finalists for each category.  I’ve gotten some amazing entries, and a lot of them (over a 100)!  So I’ll need your help selecting the finalists.  Maybe at the very end we’ll put the three winners in each category up for an overall winner.

The deadline for entries is August. 1st. Remember, please only send one photo per pet. You can see all the entries here. Please see after the jump for three more entries. 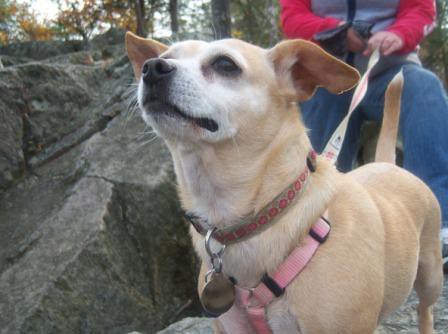 “This is Widget, our chihuahua/dachshund mix. She lives in Logan/Shaw and refuses to go out in the rain, but loves going to Great Falls to clamber over the big rocks and bark at big dogs.” 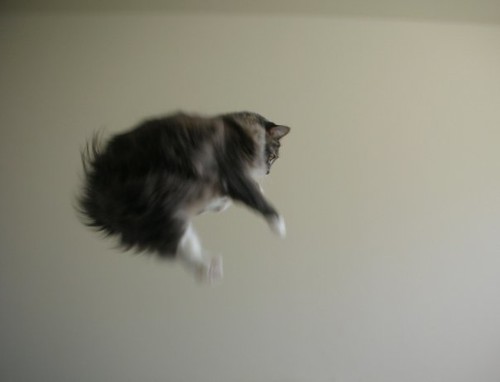 “This is Comet, doing what he does best: reentering the Earth’s atmosphere at 24,000 mph. Actually he’s just jumping down from the closet where he likes to perch all day, but I’m pretty sure he’s imagining himself flying through space.” 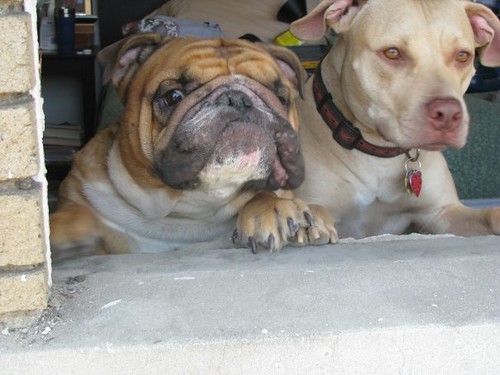 “Attached are 2 photos depicting our two dogs, Winston & Truman. In both, they are seen assisting with our second floor window replacement on Quincy St. [Note that even though each pic includes both dogs, I technically followed the “1 pic per pet” rule.]

By the way, Winston is a 4 year old English Bulldog that we purchased as a puppy from a breeder in Detroit. (I flew back with him in a carry-on pet carrier tucked under the seat in front of me.) And Truman is a 2 year old red nose pit bull that we adopted from the Humane Society shelter on New York Ave when he was 8 months old. Both are males, and — after a short, non-violent period of sorting out dominance issues (read: lots of humping) — they now get along amazingly well.”

Ed Note: Brilliant way around the one photo per pet rule!