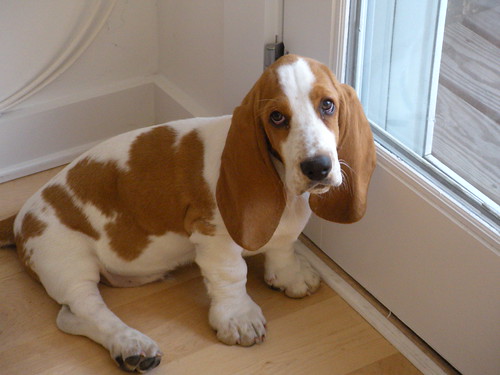 “This is my new puppy Winston. He’s a 14 week old Basset Hound and definitely the coolest dog in PoPville. This guy keeps me laughing all day long. It doesn’t get any cooler than this guy.” 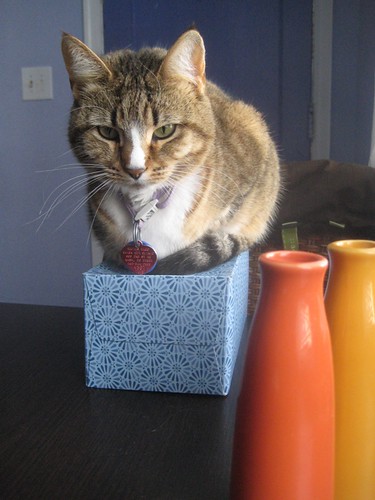 This is Wilma, a 5-year-old tabby who was adopted from Washington Animal Rescue League. She is already a bit of a celebrity, having been featured as Miss June 2009 in the nationally distributed “Cat Lovers Against the Bomb” wall calendar (http://www.nebraskansforpeace.org/catlovers.php)! Here she is pictured atop a Kleenex box, watching the world go by outside her Columbia Heights window! 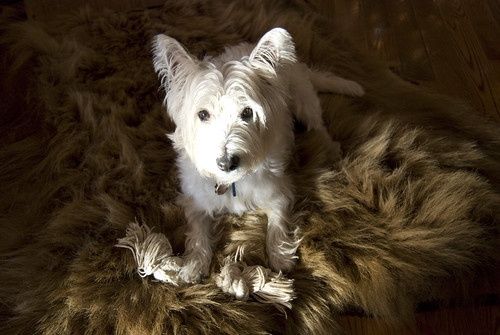 “He goes by the name of Lucky”

Ed. Note:  The cats are not competing against the dogs.  There will be 5 dog, cat and “other” finalists that will each compete in their own category.  We’ll have a poll in each category to select the winner.  Using the comments section for these posts will help me select the 5 finalists for each category.  I’ve gotten some amazing entries, and a lot of them!  So I’ll need your help selecting the finalists.  Maybe at the very end we’ll put the three winners in each category up for an overall winner.

The deadline for entries is August. 1st. Remember, please only send one photo per pet. You can see all the entries here. Due to the large number of entries I have to put more than 3 up a day. Please see after the jump for three more entries. 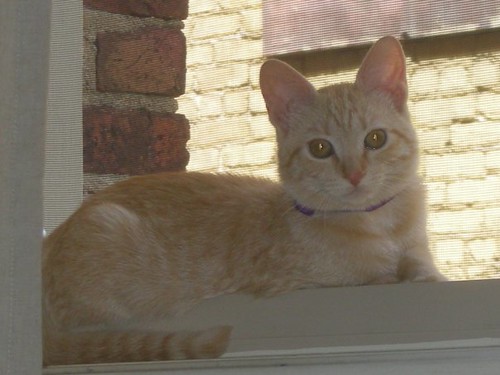 “Miss Moneypenny is easily the coolest cat in CH. She is a 7-month old orange tiger kitten we adopted after our last cat passed away suddenly. She is very affectionate and incredibly smart! Her favorite pastime is to play fetch with a plastic bangle bracelet or her favorite green mouse, which she carries around in her mouth. She is also a very chatty cat who loves to snuggle with us as soon as our alarms go off in the morning! She comes when she’s called and is a great addition to our family.” 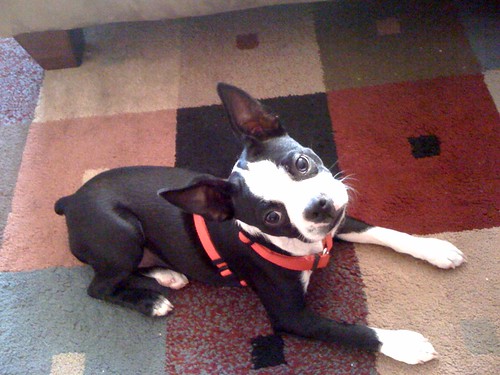 “Maisey is a recent addition to popville and one cool puppy.” 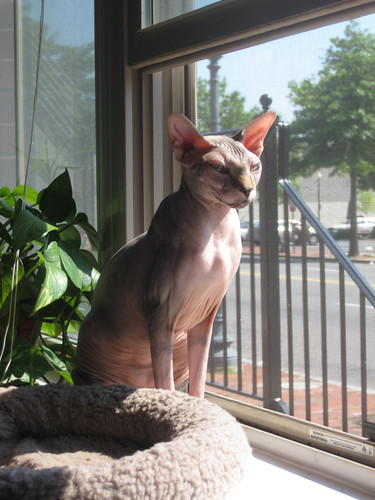 “We adopted Lumpy several years ago when she was about 7 months old. She was a shelter cat and had multiple infections, including a skin fungus on much of her body, and infections in both ears (it wasn’t pretty). We nursed Lumpy back to health and today she is the “Lump” of our lives. The shelter also gave us Lumpy’s passport (which apparently animals have to have to travel across borders) that was dropped off with the cat, which was in Russian (with her original Russian name and family history). We imagine some kind of long strange journey she went through. Lumpy shares most of her territory with her older sister, Dusty – another hairless rescue cat we adopted just over a year ago. Lumpy spends most of her time watching the ongoings of Georgia Avenue – pigeons, squirrels, humans and all.”

Read more →
More Stories
Photos From PoPvilleDear PoP – Can Anyone Offer Advice on Where To Open Up a Vintage Furniture Shop?