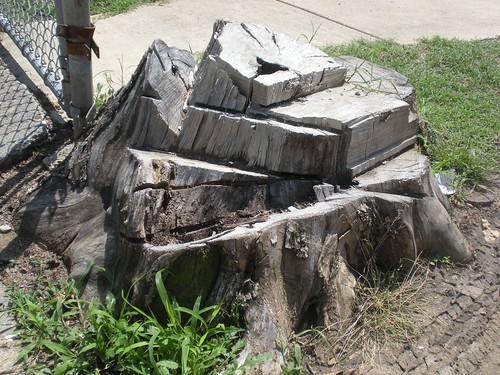 I have a well known fondness for tree stumps for reasons that are still not exactly clear to me. Anyway, I found this one particularly cool. It looks like they tried to carve it up with a chainsaw but eventually gave up.

Despite my love of tree stumps I did have one that was obstructing a gate that I had to remove. I tried everything to kill it and was unsuccessful for quite a long time. A neighbor told me to drill a whole in it and pour salt down it. I’m not sure if that did the trick but like a year after the salt treatment it finally died.