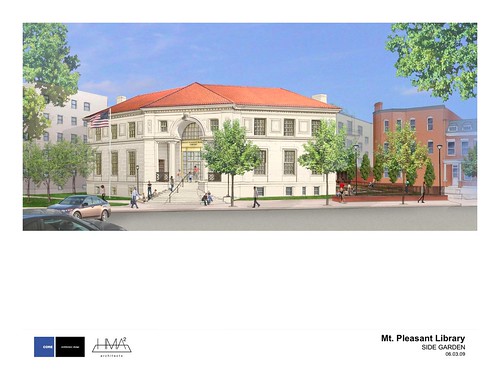 From the Mt. P Listserv:

“On Wednesday, June 3, 2009, DC Public Library held the second community meeting since showing the public preliminary design plans on March 26, 2009 for an expansion to the rear of the current Mount Pleasant Library building. There were more than forty people in attendance.

Although the public was expecting to discuss at least four design schemes, DCPL showed the already discussed plan to renovate within the existing walls and a plan they are calling Scheme F. DCPL staff concluded that the renovation plan would just not suit their “building program” so in essence the audience was given one choice, Scheme F — there was no compromise on this.

The architect, Henry Myerberg and Associates, presented Scheme F using a slideshow of images depicting the floor layouts and only a couple slides showing the real-world renditions of the expansion. You can find these here >> http://tinyurl.com/dcpl-mtpl-june3-plans

The full-expansion would increase the size of the library more than 4,500 square feet and extend back from the current building to the library property line. This would put a three-story expansion less than twenty feet from the apartment buildings adjacent and behind the library. 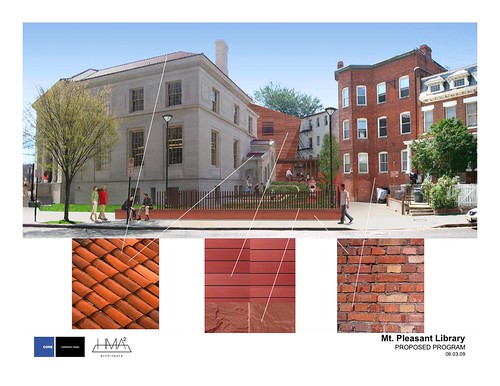 Community comments ranged the spectrum. Some audience members gave the new plans enthusiastic support despite seeing these details for the very first time. Others were visibly frustrated and upset, especially about not being given much choice and the lack of meaningful discussion around fire safety concerns. 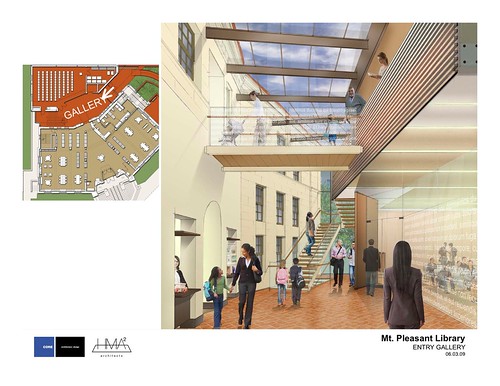 So what do you think of the plans? You can also send feedback to The District Dynamos (who sent the original email) at
[email protected]