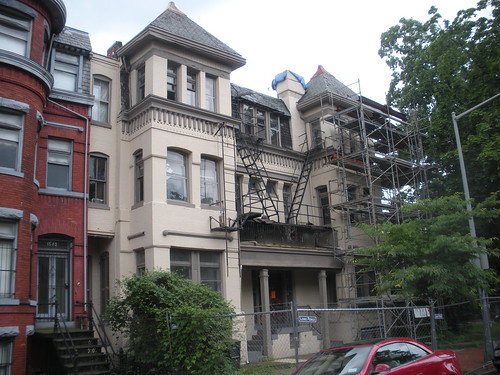 A couple weeks ago we discussed this home at 16th and T which faced demolition due to apparent owner neglect. Hat tip to IMGoph for highlighting the news on twitter. The Examiner reports:

“The D.C. government has agreed to pay to stabilize a historic, million-dollar Dupont Circle row house that the private owners let deteriorate until it partially collapsed a year ago. The Department of Consumer and Regulatory Affairs will spend $225,000 to ensure the house at 1841 16th St. NW doesn’t fall to the ground, agency Director Linda Argo said Tuesday.

…the owners, must reimburse taxpayers for the stabilization work or hire their own contractor to take over the job, DCRA officials said.”

Great news, yeah? Think the taxpayers will actually be reimbursed?