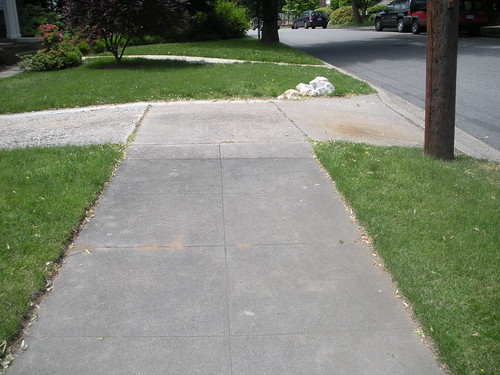 Apparently in parts of Crestwood. This is near the corner of 18th and Taylor, NW. As I mentioned during the house of the day, I managed to get lost walking around Crestwood. I could’ve sworn I was walking south but somehow ended up north. Anyway, at a certain point I noticed the strangest thing – the sidewalks vanished. I had to walk in the streets like a vagabond. This is something I might expect to see in the far out suburbs or exurbs. But in the city proper. Granted, it is a very lovely quiet neighborhood, but no sidewalks. Terrible. Anyone know why the sidewalks vanish here? 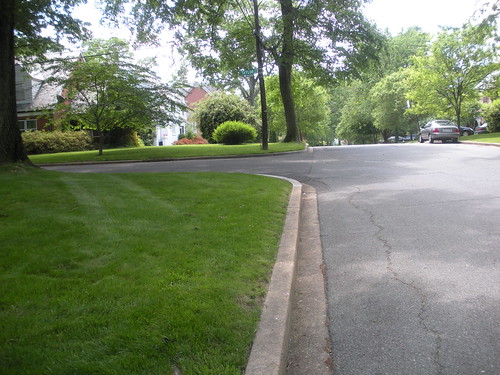