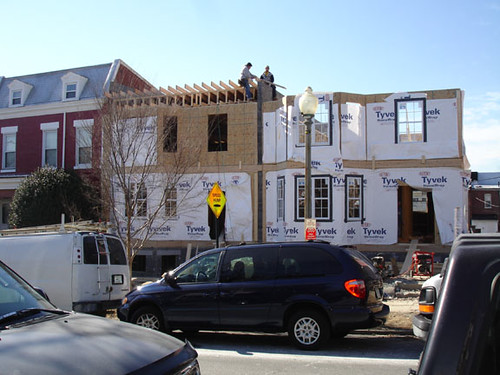 Thanks to a reader for sending. He writes:

“Here’s a shot of the house on 9th between Webster and Allison I told you about. The lot has been empty since 2003, and probably long before that. A month or so ago they started excavating the site, and already they’re at this point. It looks like it will be two house, attached on the left and detached on the right. Not much new construction in this area, so it’s interesting. I don’t know why they chose now to do it unless they were so far along in the process they didn’t want to stop.

This house is flying up. I know some folks feel strongly about brick. What do you think – thumbs up or down? 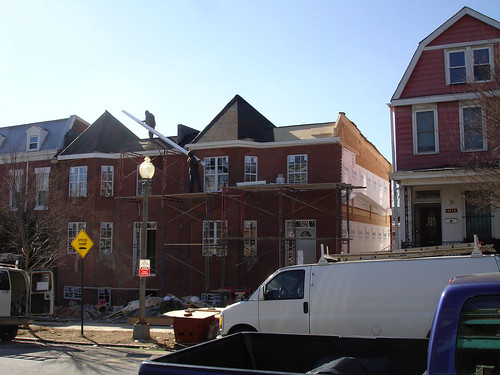