Get our email!
Search
Chinatown, Movies 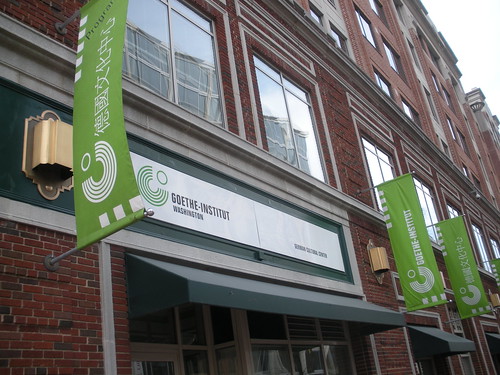 Here’s another post for PabloMa. I’ve actually only been here once to watch a cool film on the national soccer team of Lichtenstein. The Goethe Institut is located at 812 Seventh Street, NW in Chinatown. It seems like they’re often hosting pretty neat events. I’m a little late on this one but they’ve been hosting a film festival called Film/Neu:

“Washington’s 17th annual festival of the newest in German, Austrian, and Swiss filmmaking brings a weeklong program of diverse films and special events to E Street Cinema and the Goethe-Institut January 23-29, 2009.”

Did anyone catch any films from this recent festival?