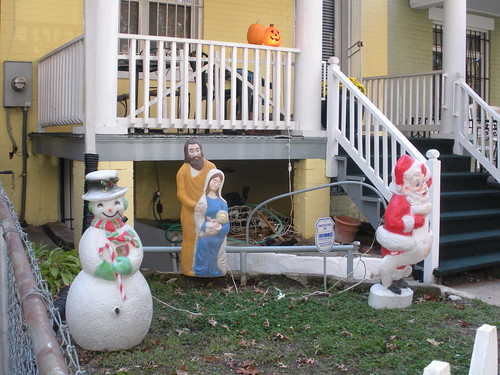 “After getting rid of the Pilgrims and their damn turkey, Jack couldn’t help but smile as he set his gaze on Santa. He knew that there was room for only one holiday. His only problem, who the hell was the kid?”

Runner up from SKim:

“This week on “Behind the Holiday” – Because of vastly different styles and ideologies, the Jesus and the Winter Boys band broke up. Some say that Jesus’ addiction to communal wine and controlling parents/managers were responsible. Others that the inequitable distrubution of their huge contract with Hallmark created bitterness. Surprisingly, they all moved forward and had enormously famous solo careers.”