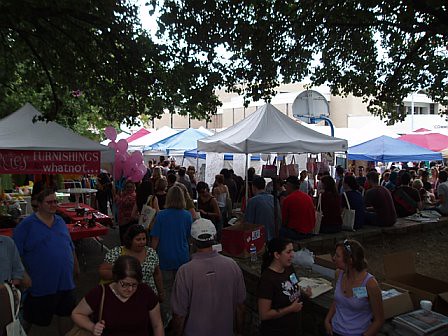 Crafty Bastards
Between the Fiesta DC festival in Mt. Pleasant and the Crafty Bastards event at the Marie Reed Community Center, the streets of Adams Morgan seemed unusually busy this past weekend.

Wall Street might be teetering on the brink of collapse but judging from the crowds at the annual Crafty Bastards event, investment bankers fallen on hard times might consider future careers as artisans.

The brilliantly named Crafty Bastards festival is now in its fifth year and seems to get bigger and better each time.

The Craft Fair
While many simply enjoy Crafty Bastards for bringing a lively festival atmosphere to the neighborhood on a Sunday afternoon, the craft fair itself is serious business with nearly 147 booths out to displaying and selling crafty-creations.

Some were full-time artists who make their living from this – a group of artists drove down from Brooklyn especially for the event. For others their craft is a hobby and the Crafty Bastards event offered a great opportunity to put their products out in front of the public and gauge the reaction – verbal in the form of discussion with potential customers and financial in the form of actual sales.

The scale of the event (it’s massive) means it’s hard to do a proper summary of the goods on offer – there was simply too much to take it all in.

In addition to the usual mix of t-shirts, knit-wear, hand-made note cards, jewelry and kids clothes and toys I spotted some pretty cool puppets of various descriptions, some saucy ladies undergarments, customized luggage and loads more. Post continues after the jump with more photos at the end. If anyone else attended – what was your favorite part of Crafty Bastards? Do you like it better than Adams Morgan Day?

Crafty Workshops
In addition to the many booths, there were also opportunities to learn various crafty skills – such as how to make a mini disco ball out of pins and sequins. The “Maker Square Workshop Area” located in one of the tennis courts also offered knitting instructions and pottery demos from Adams Morgan’s own Hinckley Pottery.

Food
While nothing on the scale of the Adams Morgan Day festival, the Asian selections available (pad thai, egg rolls), healthy offerings from Organic-to-Go and the burgers/sausages served up by the Black Squirrel folks ensured that the Crafty Bastards were not hungry bastards. Other vendors were selling Italian ices, and lemonade etc.

B-Boy (and B-Girl) Battle – Breakdance Contest
The hugely popular breakdance contest is a monster of an event and seems almost as popular as the craft festival itself.

The contest takes the form of “dance-offs” between teams of either two or three dancers. Each dancer took their turn on the floor and the judges base their verdict on the overall performance of the team.

One great aspect of the b-boy contest is the stage presence and acting of the dancers. The contest is billed as a “battle” and dancers act appropriately, exhibiting mock displays of aggression or disrespect to their opposite number and even squaring-up to one another as part of the performance.

This also emphasized how much fun the dancers were clearly having. You could tell that they all just love to dance and this was very apparent from their displays.

One dancer had a prosthetic leg and performed with his artificial limb and without – to the delight and cheers of the crowd.

Another notable aspect is that breakdancing is a street art and requires few props or equipment. Some dancers wore wrist or forearm supports but for the most part it was a case of throwing down moves on the raw concrete – no yoga mats for these boys and girls.

Skate Park and Live Music Performances
One of the two tennis courts at the Marie Reed Center was given over to a skate park. It was pretty quiet when I passed by – only a few skaters there, but there appeared to be a fairly steady stream of skaters all day who enjoyed the set up. Next to the skate park they had a stage set up for live music performances – when I passed by there was an impressive hip-hop act performing.

Loads More
Unfortunately I wasn’t able to stay for the entire day, but according to the program I missed performances by the DC Drag Kings, the Chinese Martial Arts Institute, DJs and live music and the “Craft Mutiny Supply Swap.”

The Crafty Bastards event is sponsored by the Washington City Paper – click here for more coverage. 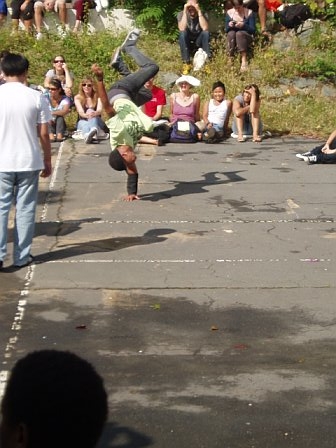 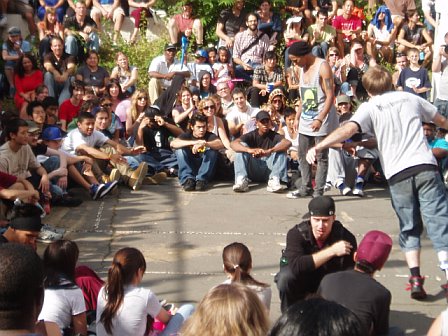 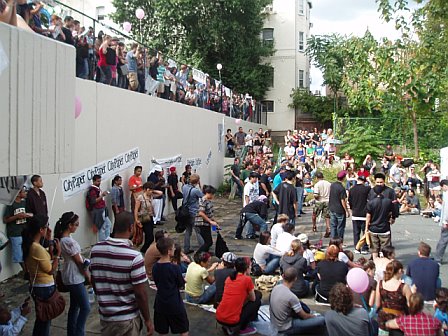 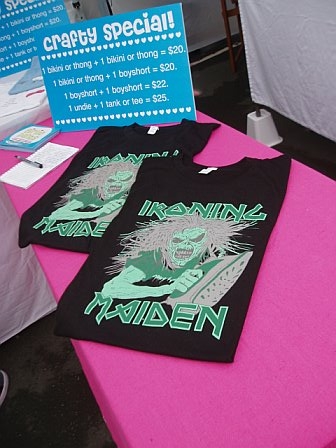 More Stories
One Year Ago Today…Where Is The Best “Fancy” Restaurant In Town?