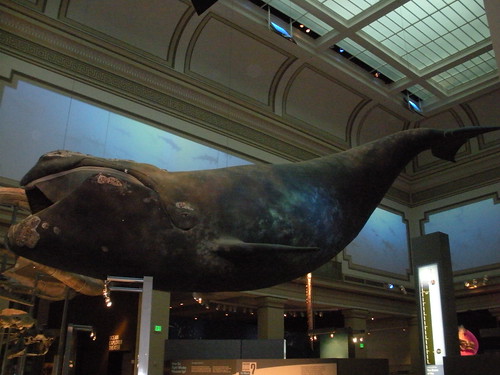 I was lucky enough to get invited to a preview of the National Museum of Natural History’s newest exhibit on the ocean. Now, as some may know, I’m a huge tropical fish enthusiast so I was quite excited to check it out. The press material says:

“Taking over 5 years to develop, Sant Ocean Hall was created in partnership with the National Oceanic and Atmospheric Administration to show the ocean’s history and its importance in contemporary society. It is the only exhibition in the country devoted exclusively to a global view of the ocean.”

They have a terrific Web site that will give you a taste. The exhibit located at 10th and Constitution, NW opens to the public Saturday.

The space it self was completely renovated and filled with top of the line technology and exhibits. Pictured above you can see a replica of a north atlantic right whale named Phoenix. We were told there are only 400 living right whales today and the replica is of a living whale that was spotted only a few weeks ago. There were dozens of other exhibits and audio visual aids. The exhibits are divided into 12 distinct sections covering 23,000 square feet. One pretty cool feature was of a 24 foot giant squid preserved in a 1,800 gallon tank. There was also a cool 3-D “science on a sphere” globe that shows four narrated programs.

What I enjoyed most though was the 1,500 gallon Indo-Pacific coral reef aquarium.

If you want to learn everything there is to know about the Ocean then this is the exhibit for you. But just remember it’s not an aquarium. If you go in thinking you’ll find lots of fish you will be disappointed. I imagine this will be a great spot for thousands of 7th grade biology field trips. Lots of photos after the jump.

“Science on a Sphere” 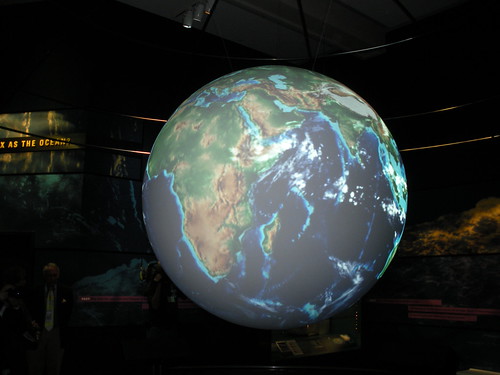 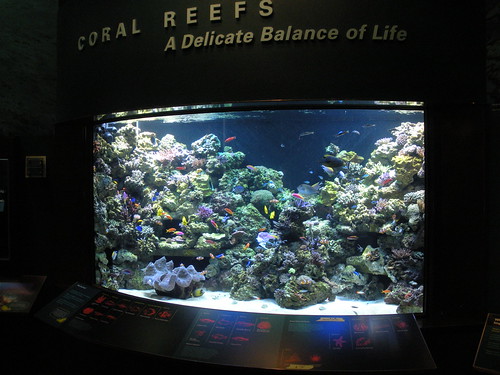 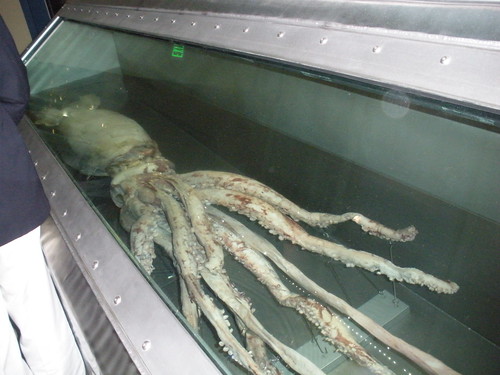 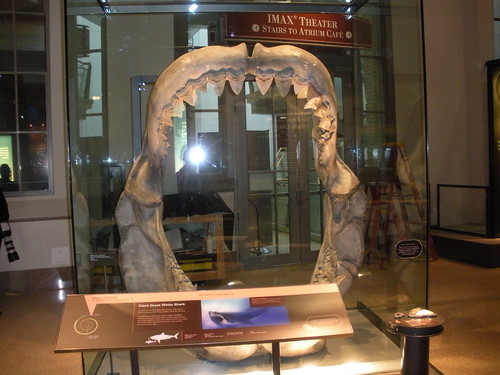 Dang forgot the name of this fish but there was a great New Yorker article on it. You know, the fish that everyone thought was extinct until a fisherman caught one off the coast of South Africa or something like that…: 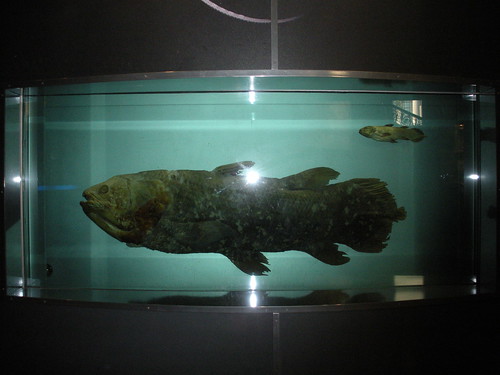 Main section of the hall: 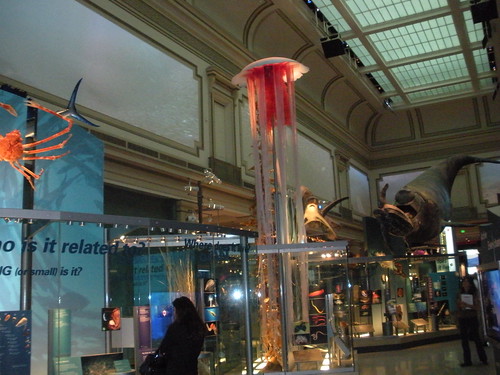 more stories
Previous
A Year Ago Today…
Next
Dear PoP