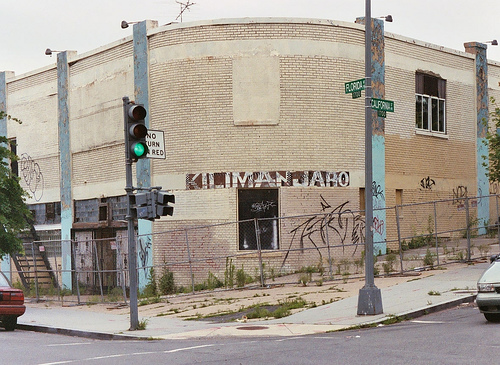 Kilimanjaro Nightclub DC
The area around California/Florida and 18th Street has been transformed over the past couple of years.

Where once there was once just a dilapidated building on an oddly shaped lot, there is now Mint Fitness, street-wear retailers Stussy and partner-stores Commonwealth & For the Greater Good, home furnishings from And Beige, confectioners Locolat, Urban Escape Salon and the ever popular Rita’s Iced Custard.

A store-front over the road was also recently refurbished and is now home to a neighborhood grocery. Meanwhile, barbershop par excellence, the classic “Eddie’s Hair Creations” is still going strong. They have original barber chairs that swing back to a horizontal position – almost like those at the dentist and a vacuum cleaner contraption to suck up stray hairs from your scalp and the back of your neck.

Kilimanjaro: As It Used to Be
Although the building sat empty for many years, this now-revived space used to be home what Kinuthia Macharia, a Sociology professor at American University described as the “most famous African club in North America in the 1980s until the early 90s,” – the Kilimanjaro Club.  Story continues after the jump.

Victor and Shirley Kibunja opened Kilimanjaro Restaurant and Nightclub in 1982 with the vision of creating a venue that would become a melting pot for international cultures.

Famous performances or appearances at the club itself include: South Africans Miriam Makeba, Hugh Masekela, Abdullah Ibrahim, The Mahotella Queens and Lucky Dube. Ghana’s Pat Thomas with his 12-piece Nakupenda Band, High Masekela, The Wailers and Zaire’s Pepe Kallie. The late Nigerian performer Fela Kuti once played there with a 45-piece ensemble band; Senegal’s Youssou N’Dour was also a regular as was Malian Salif Keita.

(I was not particularly familiar with many of the names above, but a quick Google search confirms their status)

Its reign lasted for 13 years until the club closed in the early 1990s – the owners felt it had done its time and served its purpose. Other clubs were launched in New York and Nairobi, Kenya, but they were short-lived.

Click on the following link for more information on Kilimanjaro: http://crgrafix.net/Kili/pressrelease.htm

Kili’s promised African, Caribbean and Latin cuisine and music in addition to live entertainment. Kili’s hoped to provide the Washington community with an authentic glimpse into the cultural aspects of Africa and Caribbean via its food, music, live entertainment and education for its community, including outdoor cookouts as a family day on Saturday and Sunday afternoons, as is common in Africa, Brazil and Latin America.

But in November 2005 Kili’s lost its liquor license after an early morning shooting left four men wounded. This incident followed two killings – one on June and another in November 2005 – that occurred close to the club.

This action spurred some controversy as it was not immediately clear to what extent Kili’s owners or management were responsible for any of the violence. Furthermore, the decision to revoke Kili’s liquor license was, in part, prompted by the vocal urging of Ward 1 Councilmember Jim Graham. Graham praised the decision and made a point to note that the club had been the subject of 99 police calls in the two years it has been open.

Conclusion
To end on a positive note, it’s worth mentioning that after years of delays and setbacks, this revitalized block can be considered a quiet success. Though not on the scale of the massive development around 14th & Irving, the former Kilimanjaro site offers a pretty good mix of reasonably unique businesses that seem to fit well with the existing area. While not everyone can afford to work out at Mint or eat desert at Locolat, most would consider them assets to the neighborhood.

But, does anyone have any memories of Kilimanjaro they’d care to share? 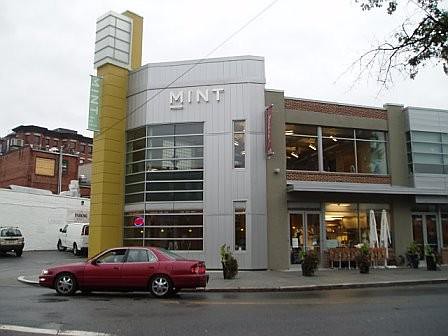