Story and illustrations by Julian. The following is part 2 of a series detailing the experiences and travails of a server in our fine city. Part 1 can be read here. 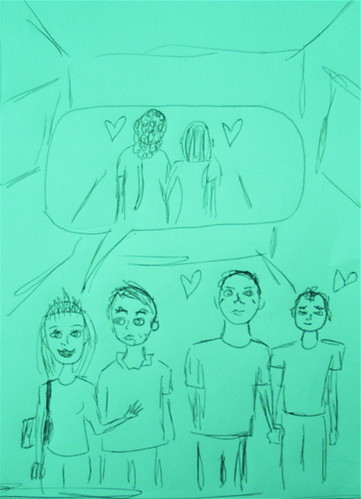 Like most restaurants, the staff typically hangs out long after the shift is over. I began feeling like the Gollum of the restaurant, there for the gold and not much else. Seeking my angle in, I strategically eased myself into the lives of the staff without making it seem too obvious.

Like myself, many of the people at the restaurant were already in committed relationships. The Princess and her Prince were engaged and lived close by, and were notorious for hosting many after-hour parties. “Burt” had a girlfriend who occasionally came in to have dinner. Also coupled were “Brandon” and “Tiffany,” two bartenders who had been committed for years.
My strategy was clear – ask people about their favorite topic: their personal lives. I started questioning about their relationships and began to serve as the unofficial love counselor for anyone lusting after a fellow co-worker. It was entertaining and it was fun, but it was also somewhat predictable. 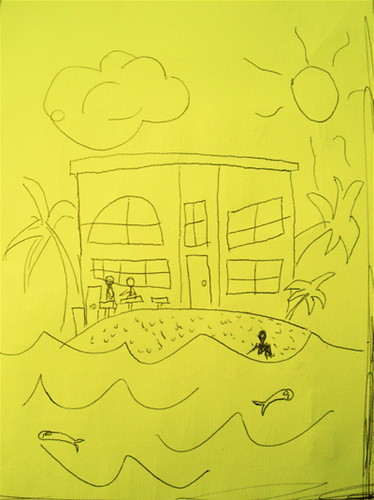 You see, I have this theory called “the island.” Have you ever devoted so much time to a job that you began to feel as though you and your coworkers were stranded on a deserted island? Almost instantaneously, crushes a-la High School Musical begin popping up everywhere, between people who may or may not have found each other attractive otherwise.
Two new servers landed on the island about a month after I did. “Mandy” was from the same neck of the woods as I was and we immediately bonded over a common dialect (“hella” and “jankie,” anyone?). “Cole” was also from California, good-looking, and with a personality that made people want to be around him. Michael, the lead server, who was quickly becoming one of my better friends, took a liking to Cole. Story continues after the jump.
Flirtation is always a key ingredient to getting through a long day of service. I couldn’t agree more, but, being in a committed relationship already, I directed all my attention to pimping out my newfound co-workers. 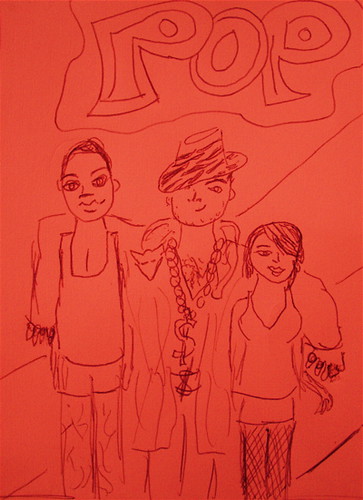 A few nights later the Princess announced a get-together at her place and I finally scored an invite. The Princess’ soirees were the highlight to any long day at work, but it was especially enticing this night because of the staff that was working – Michael, Cole, Mandy, James, a few other favorites like “Pete” and Anne. 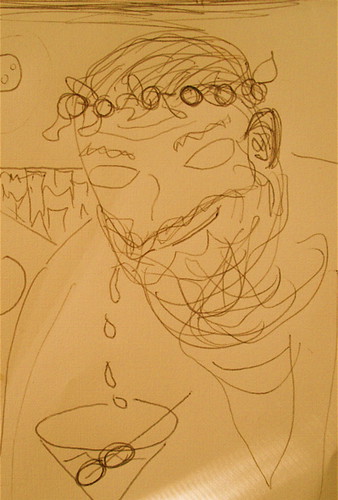 It was as if Dionysus himself was smiling down on us in the shape of vodka martinis and Coronas. The Princess and her Prince distracted us with shaken cocktails and spoke joyfully about their wedding arrangements; but only a keen eye would have caught the way that Mandy and James were sitting, pressed together like books on a shelf that none of our drunken eyes could read.
As people began to throw in the towel at the after-hours drink-a-thon, I stepped towards the bedroom to use the facilities. But as I turned the corner, I saw Michael leaning into Cole, their faces pressed together, their arms linked up like a sticky spider’s web. Cole’s eyes bulged dramatically as he caught my gaze. He pushed Michael back and turned into the bathroom and slammed the door shut.

Michael twisted around suddenly, his eyes glazed over, as though he had drunk too much. He took a step towards me, and asked, “What did you see?”

I shrugged, smiled, and turned, to approach the rest of my co-workers, who were scraping together their belongings and sobriety. Michael came at me from behind, grabbed my shoulder and whisked me around.

“Don’t you say one f—king word about this, okay?” Michael’s face was bright red and his eyes predatory. “Just remember – I make the schedule.”
It was not much of a threat, but a threat. It was the price you have to pay sometimes when you make your own moonshine on a deserted island.

As the Princess walked Michael, Cole and I out, she made a suggestive comment about James being eager to walk Mandy home. They both lived in the same direction, but it was quickly becoming apparent that they definitely were on their way to working some overtime very soon. Mandy later confirmed my speculations the next shift we worked together.

And as for Michael and Cole? Well, lets just say that we both worked brunch the next morning, and Michael was definitely wearing the same clothes he had been wearing the night prior.