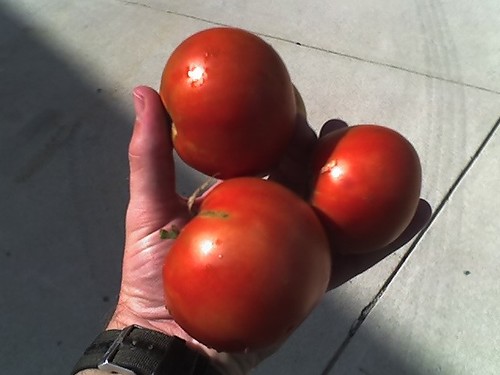 Thanks to a reader for sending this article on the eco food movement in Oakland from the Wall Street Journal. The article says:

“Yet, amidst the snaking freeways and dilapidated buildings, a bit of green is growing. Since 2001, more than 80 urban farms have been cultivated in the backyards and vacant lots of West Oakland. Produce from zucchini to watermelon is grown for consumption by local residents; goats and chickens are raised on some farms. Last year, more than 10,000 pounds of produce was harvested, according to Oakland’s City Slicker Farms, which is at the epicenter of the neighborhood’s urban-farm push.”

Think anything of this scale would work in DC? (Have we talked about this before or am I losing my mind?)

photo by Josh Ed. Note: If this is you, please email [email protected]l.com so I can put you in touch with OP. For those curious about past missed connections, some have…