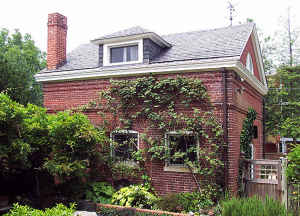 How cool is the light and dark juxtaposition in this house? The beams are unique-got that ye olde English flair to them.

$1,500 for a one bedroom carriage house-a house-for rent in Mount Pleasant at Park and 18th. It also overlooks a city garden (anyone know which one that is?). 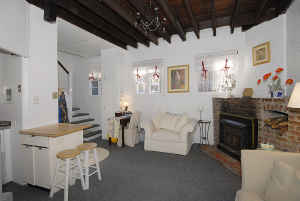 Not sure how I feel about the attic room-I’d miss being able to hang pictures on the wall. (Taping posters just ain’t the same, not since I graduated college.) 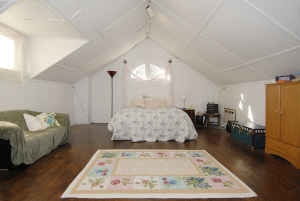 More rentals after the jump. 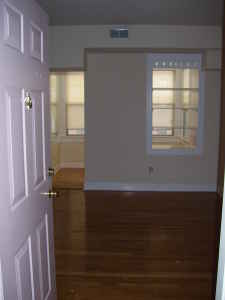 Has anyone seen something like this-a room (or a balcony?? It’s hard to tell) that has a window that looks out not over the yard but the living room. When apartment hunting myself I came across a rental that had a bedroom that did that and at first I thought it was cool and quirky, but then I realized how much the little light I would get would tease me.

This rental is pretty cheap-only $995 for a one bedroom on 14th and Quincy. 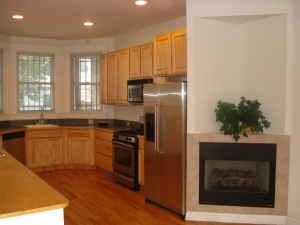 What do people think of round rooms? I’m assuming this rental house is at the end of the row. I really love the round rooms-and you get a lot of light from an extra detached wall-but I’ve known plenty of people to loathe them because it’s hard to arrange your furniture.

$3,000 for a three bedroom two blocks from Tivoli Square on Newton and 14th. Also has a gas fireplace and two master bedrooms-either one or both with a Jacuzzi tub and private balcony (it’s a little hard to tell from the ad). The front yard is also landscaped-perhaps maybe once it made its way to PoP’s Garden of the Day.

I also really love the short built in bookcase that looks like it doubles as a room divider. Neat!