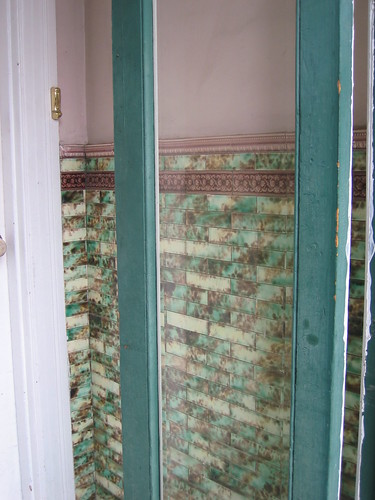 I was admiring this house when the owner walks up with a couple of cups of coffee. He naturally looks at me as though I am slightly insane but fortunately I have become used to that look. At any rate, I ask him if he minds if I photograph his vestibule. Without hesitation he says sure no problem. So I walk up his walkway towards the door and he says “woah, where’s the vestibule?”. Ha! That is beautiful. I show him the area with the dope sky tiling. Truth be known I wouldn’t know what a vestibule was if I wasn’t a stock boy in my youth at Richmindway (the CVS of my town) and often told to sweep the vestibule. The first time I was told to sweep a vestibule I’m sure I had a look on my face similar to the one the owner of this house had. But anyway, this tiling is ridiculous no? Whoever else has a sweet vestibule send me a photo. For some reason I just can’t get enough of these. Can you tell how cool this tiling is?

Read more →
More Stories
House of the DayHow Many Seconds Do I Need to Cross the Street?