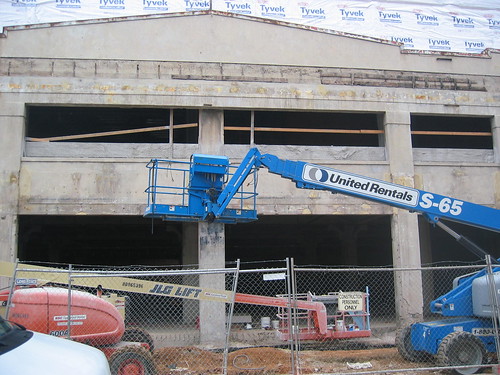 As has been noted before, most of the new DC USA complex looks a little bit like it could be a cross between an insane asylum and a toilet paper factory from the Soviet Union circa 1976. But anyway, as I was walking down Irving St., (Dang I can’t remember the street but I think it was Irving) I noticed that there is one small facade that they have managed to preserve. So I think when the mall finally opens in March I will always enter through this entrance. Check out the contrast to the rest of the complex after the jump.  It doesn’t really seem to mesh that nicely.   What do you guys think, was it worth  it to preserve this one facade even if it clashes with the rest of the building? 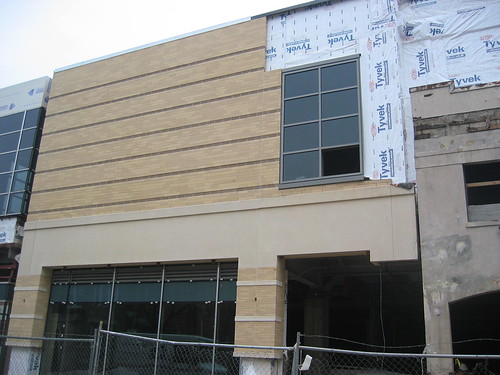