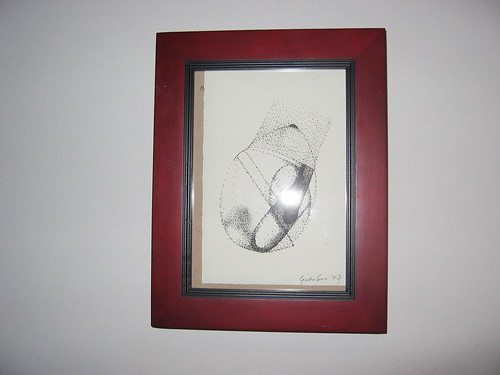 And so began my tour of DC’s newest art gallery located in the U Street neighborhood. I had the opportunity to get a sneak preview of the ME Art gallery located on 1119 V Street, NW and opens this Friday, November 9th. The space is truly a unique one led by a unique individual, Eric Ginsburg. The space is quite small but well used. When you first enter you will see a display of Mr. Ginsburg’s art, which he calls Ericsdogs. The press release describes his work: “Ginsburg is known for his humanistic approach to dog and animal paintings. Because of this unique point of view, Ginsburg’s work is known to have a particularly bright emotional and whimsical style.” Now back to Yoko Ono’s tit, drawn by Yoko Ono herself by the by, after the jump.

On the second floor you will find the ME Art Gallery. I can tell you that it is quite an eclectic display of art. I should warn you that some of the artwork is not for the feint of heart. Beside Ms. Ono’s breast there is one piece of a very flexible man felating himself and another of a woman felating a man. Other than that you’ll find tamer pieces. Illustrating the tamer variety, below you can see an original William Wegman. 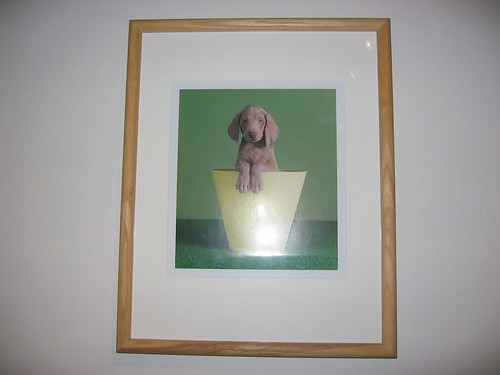 When I asked how Mr. Ginsburg chose the art for this show he replied “I chose the artists that I personally like and are representative of the people I respect.” In addition to Yoko Ono other artists represented in the show include: Sol Lewitt, Kazuko, William Wegan, Herman Van Staalduinen, Melissa Cimino and of course Mr. Ginsburg among others. This particular show will be open Nov 9 to Feb 15. 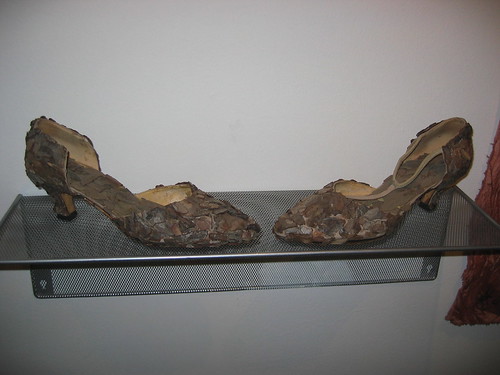 In the back room Melissa Cimino has a space of her own set up. See photo below for some examples. 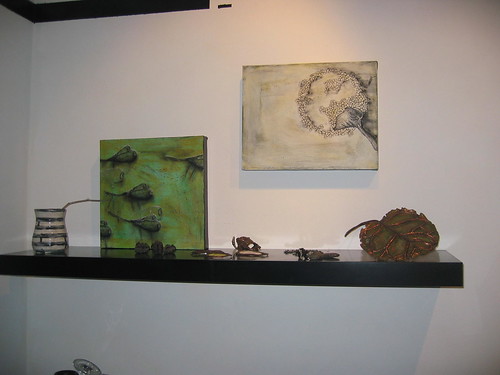 I asked Mr. Ginsburg how he chose the location for his new gallery. He explained that this particular space and neighborhood reminded him a lot of New York. In fact, he remarked that currently the space reminds him a lot of the well know New York Gallery, “128”. The fact that the space resided above a restaurant added to the New York flavor. (Ed note: The restaurant is Ethiopian and will also be displaying art from the show this Friday.)

Below you can see a piece from the world famous Sol Lewitt who, by the by, also has his work displayed in a room at the National Gallery of Art. 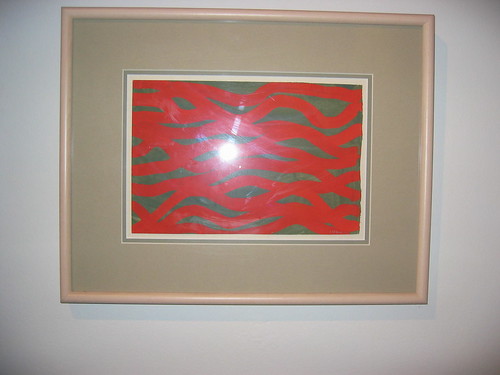 Below is a wall displaying Ericsdogs. 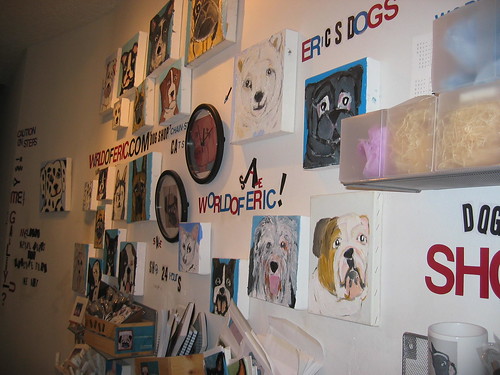