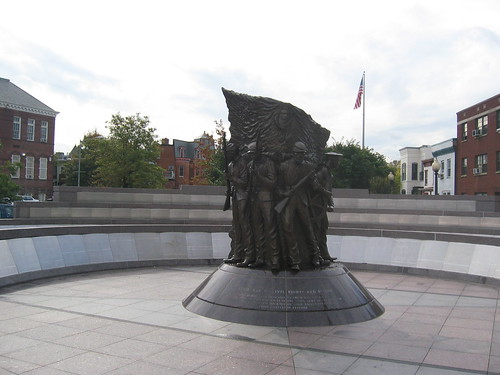 This is a spot that I’ve been meaning to check out for quite a while now and I’m glad that I did. The memorial is called the Spirit of Freedom and is surrounded by a Wall of Honor which list the names of 209,145 troops who served in the “United States Colored Troops” during the Civil War. You can find the memorial right outside the U St. metro stop at 10th and U St. 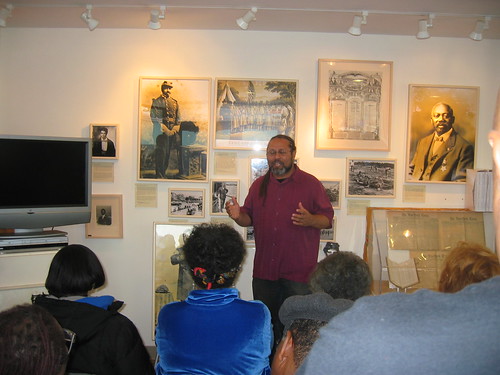 After the memorial I checked out the museum a couple blocks away, located at 12th and U Street, and was lucky enough to stumble upon a lecture being given by the museum’s Curator and Assistant Director, Hari Jones. Mr. Jones’ lecture revolved around exposing “the suppressed story of military history” and countering the inaccuracies of the Civil War film, Glory. Mr. Jones was an engaging passionate speaker who delighted the audience of 50 or so from Ohio who had prearranged the lecture. I found his speech fascinating but there seemed to be a lot of conspiracy theory involved. But I certainly learned a lot. I would have preferred a little less conspiracy theory and a little more straight forward facts about the contribution of the African American troops.

A little Anti-Semitism from the audience

Unfortunately at the end of Mr. Jones’ remarks about the movie Glory, someone in the audience shouted out “That’s them Jews for you!”. Yikes, I was hoping Mr. Jones would publicly rebuke that cry but that did not happen. I spoke to Mr. Jones after the lecture to ask why he didn’t address that comment. He replied “I prefer to move on and stay on subject.” He also said his grandfather was Jewish and he assured me that he disagreed with the remark concluding that both “Jewish Americans and African Americans have no secret agenda in this world other than to make it a better place”. I felt a bit better after hearing those words. 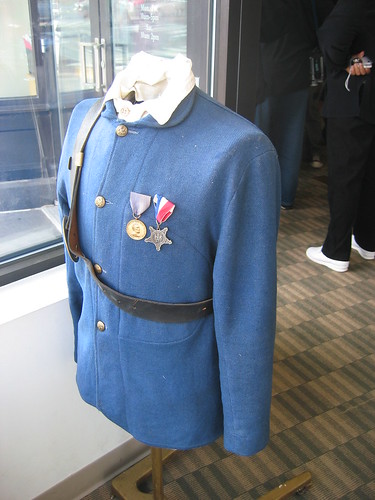 The museum itself is extremely small and is housed in one main room and one small corridor. The museum features mostly photographs and news clippings from the period. It certainly is an interesting history that I did not know a lot about. In fact it whetted my appetite to learn more. Hopefully one day they will get a larger space and perhaps can tell the story more fully.  Check it out for yourself:  Museum hours are 10-5 M-F, 10-2 Sat.  Call 202-667-2667 to arrange a tour.