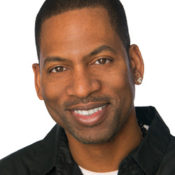 Tony Rock has been headlining sold-out shows at the DC Improv for years, and this versatile entertainer has also had his share of success in front of the camera. (He was in DC in late 2016 filming the upcoming movie “Couples’ Night.”) As one of the most-sought hosts in the business, he’s been running the show on the revamped “Apollo Live ” and the new “The Game of Dating.” He’s an amazing talent from one of comedy’s most celebrated families – don’t miss these shows.