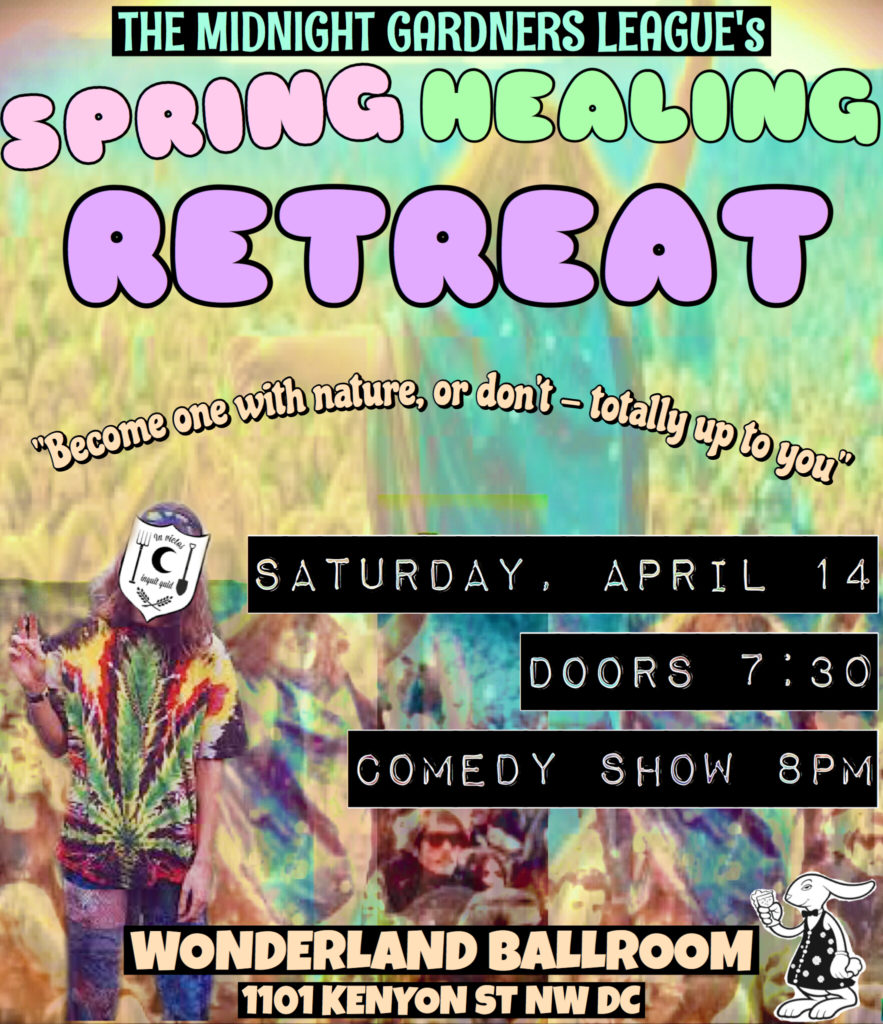 Spring is here, so it’s time for new beginnings! As the majestic phoenix dies in a glorious inferno only to rise again from the ashes, the Midnight Gardeners League has come to give Washington, DC the same treatment. You may have heard of other, lesser comedic secret societies in the past. But up until now, no other mysterious cabal has ever been able to co-opt all the hidden networks of power so greatly as to bring them under one sinister, yet hilarious umbrella. Who are the shadowy figures that make up this strange and illusive group of Machiavellian humorists? Attend our healing retreat and learn not just about how the Midnight Gardeners League imposes its will on the sleeping masses. You’ll also learn how to tend to both physical and mental wounds, become attuned with the metaphysical forces of the world around you, and get the smell of patchouli out of your tie-dye wall hangings.