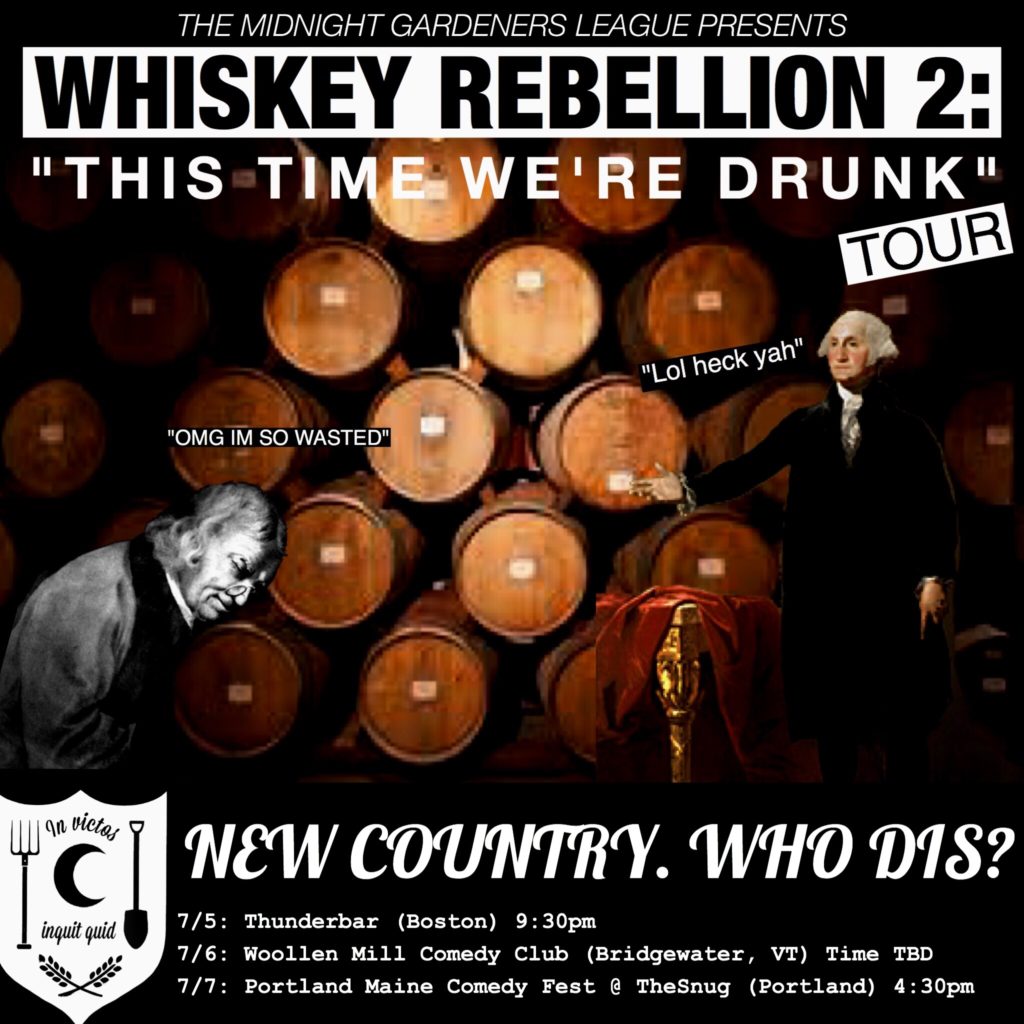 The Midnight Gardeners League’s Whiskey Rebellion Tour 2 Kickoff
Let’s face it: the United States of America is SO over. Who’s to say if things have gotten too crazy, or not crazy enough? Either way, it’s time for change. So this Independence Day weekend, the world’s only comedic secret society that’s entirely open to the public has decided we need to start fresh by breaking off and starting our own country that’s way weirder, way funnier, and definitely way drunker. So come join us as we use our unique blend of stand-up, sketch and other strange forms of comedy to show exactly how we plan on creating a new nation. If you come out, you just might end up being named the leader of this bold, new international superpower. Because if the past couple years have taught us anything, it’s that literally ANYONE can be president.