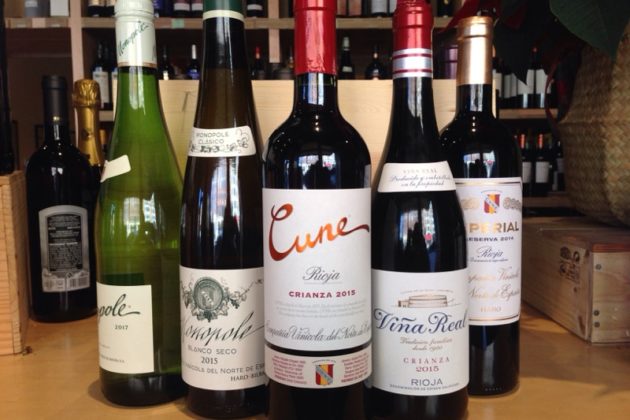 Bodegas C.V.N.E. is still owned and run by the Real de Asua family whose ancestors established it back in 1879. Its full name is Compañía Vinicola del Norte de España but it more commonly known as “coonay”.

The 2 different ranges of C.V.N.E, the Vina Real and Imperial, exemplify some of the modern achievements in region. Previous vintages of the Imperial Rioja have earned a place on top 100 lists.

Join us in welcoming Gloria Zapatero in tasting five of these Rioja, including the 2014 Imperial Rioja Reserva and Vina Real Crianza.