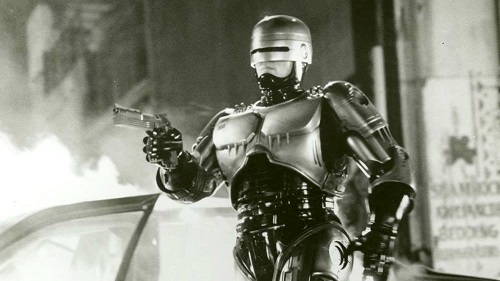 Law enforcement has appeared on film since early silent movies like Chaplin’s Police to Dragnet, the first police procedural, to modern films and TV like End of Watch and Brooklyn-Nine-Nine. Explore the changing relationship between Hollywood and law enforcement while getting into the Halloween spirit during the Museum’s first Brewsday program.

At 6:30 PM in the Verizon Theater, join NBC4 anchor Leon Harris for his talk with Alyssa Rosenberg, columnist for The Washington Post and author of “Dragnets, Dirty Harrys and Dying Hard,” a review of 100 years of police and pop culture. Entrance into the talk is on a first come basis, so come early to grab a seat. After the talk explore the museum at your own pace and enjoy some light refreshment.

COSTUME CONTEST: Take center stage while the crowd votes for their favorite costume! Sign in to compete when you arrive. Prizes will be awarded to:
– Best Partners (Pair or Group)
– Best Throwback (Character from the 1960 or 70s)
– Best Detective (Remember private eyes don’t count)

Tickets include two complimentary drinks, light refreshments, talk in the Verizon Theater and after-hours access to the exhibits. Guests must be 21 years and older.