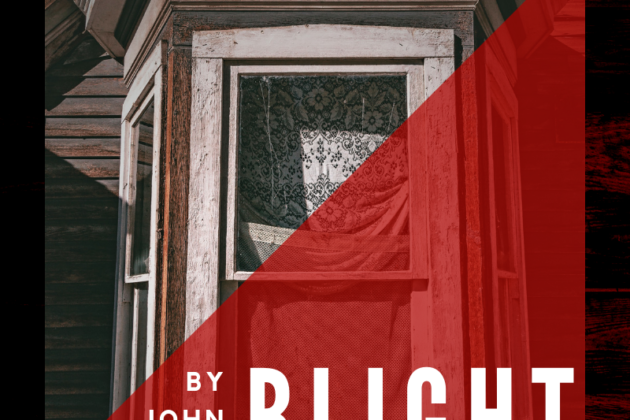 Can a home be haunted by the actions of its owners? Thats the question at the heart of John Bavoso’s BLIGHT, which will have its rolling world premiere DC production by Pinky Swear Productions at the Anacostia Playhouse beginning in October.

In BLIGHT, Silvia and Cat Henson have just moved from a tiny apartment in Washington, DC, into their sprawling dream home in the small, affluent town of Greenville, Delaware. But the house only happens to be in their price range because it was most recently the home of a teenaged mass shooter and his single mother. Within days of moving in, they’re confronted by a mayor who wants to erase their house from the map, a neighbor who’s on a mission to turn it into a memorial, and an alarmingly chipper consultant who specializes in the macabre. Silvia and Cat are forced to grapple with whether now is the right time to bring a new baby into the world, or let the house create an irreparable rift between them and their new community.