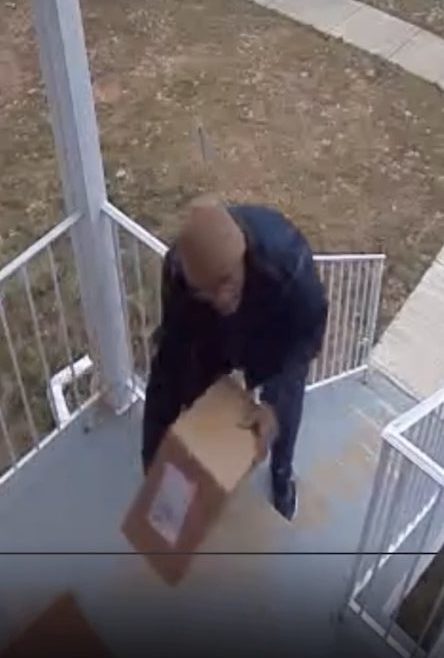 This guy just caught an opportunity to steal a brand new Breast Pump. Neighbors should be on the lookout as you can see the box was unmarked so the contents were not clear either. Pretty disappointing and hopefully this is a one off and not going to be a new normal.” 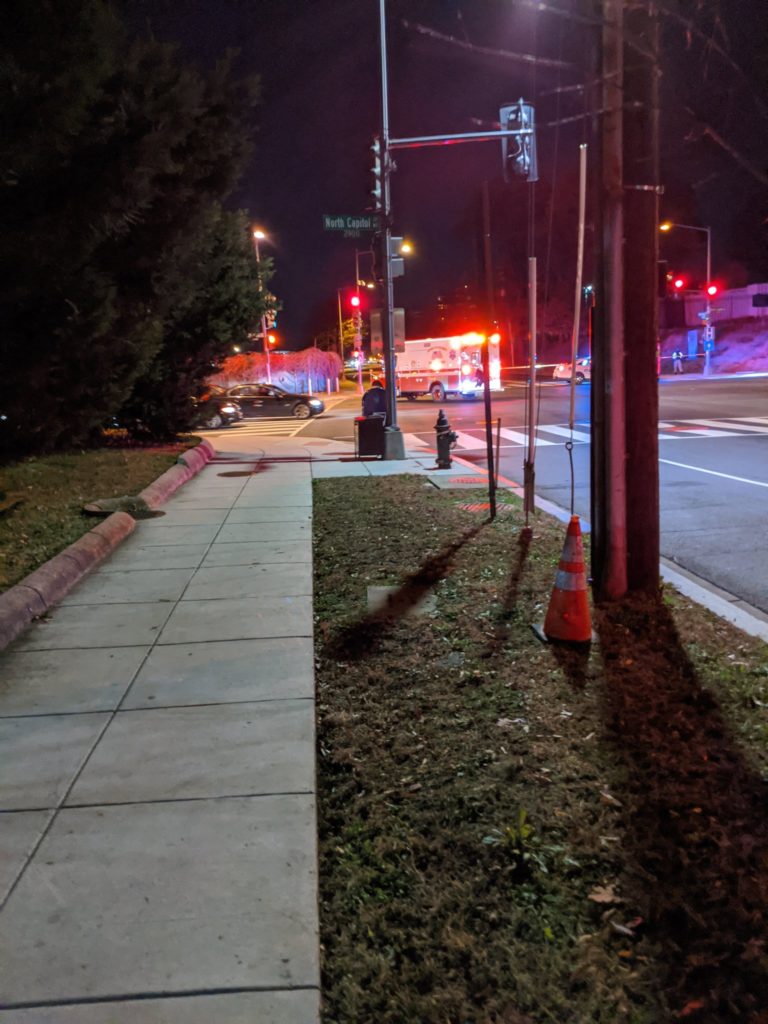 A few readers messaged photos from Michigan and North Cap around 7pm. One reader responded:

Alert DC reported: “MPD reports the 100 block of Michigan Ave NW is closed in both directions due to police activity. Please use alternate route.”

Updates if when more is known. 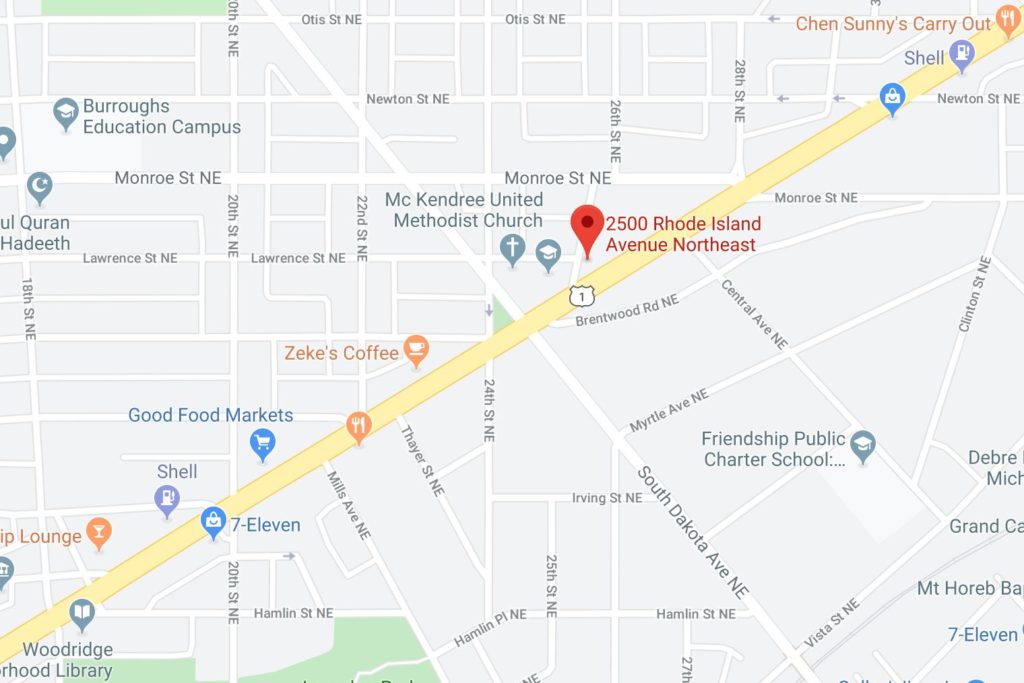 “A shooting that occurred Monday evening in Northeast D.C. has left a man dead.

D.C. police said a gunfire locator detected more than 30 shots were fired, and is unclear how many of those rounds struck the victim.” 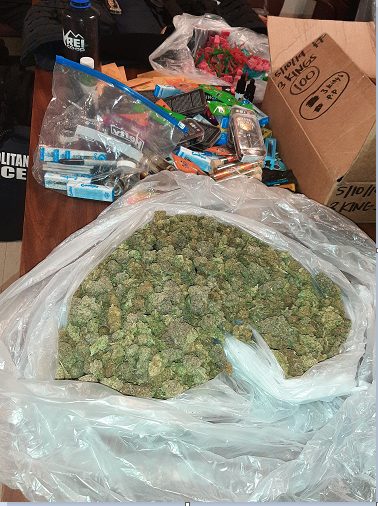 “Thanks to a tip from an observant anonymous citizen, members of the Fifth District’s Crime Suppression team responded to the 1900 block of Quincy Street, NE, for the report of a Marijuana Pop-up Party. 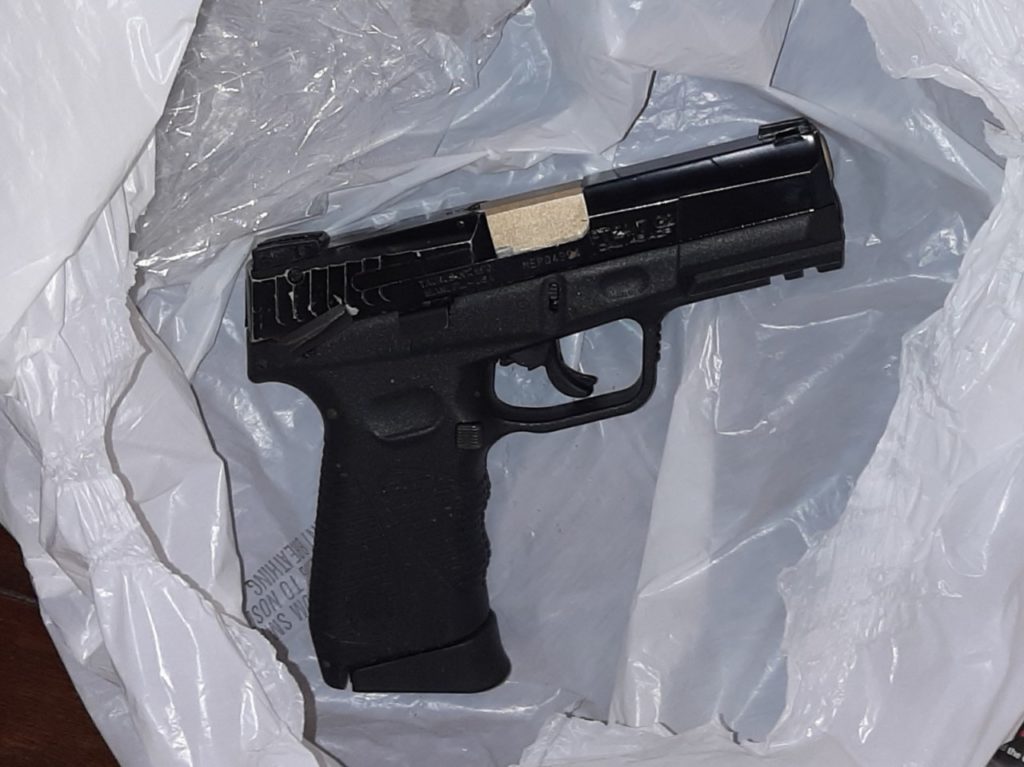 Once on the scene, the officers received consent to search the residence and located two handguns, and an amount of marijuana, edibles and assorted THC products (pictured). No arrests have been made at this time, and the investigation is ongoing.

We’d like to thank the anonymous citizen for bringing this to our attention, and encourage everyone who is aware of these events to call 911 or send an anonymous text to 50411.” 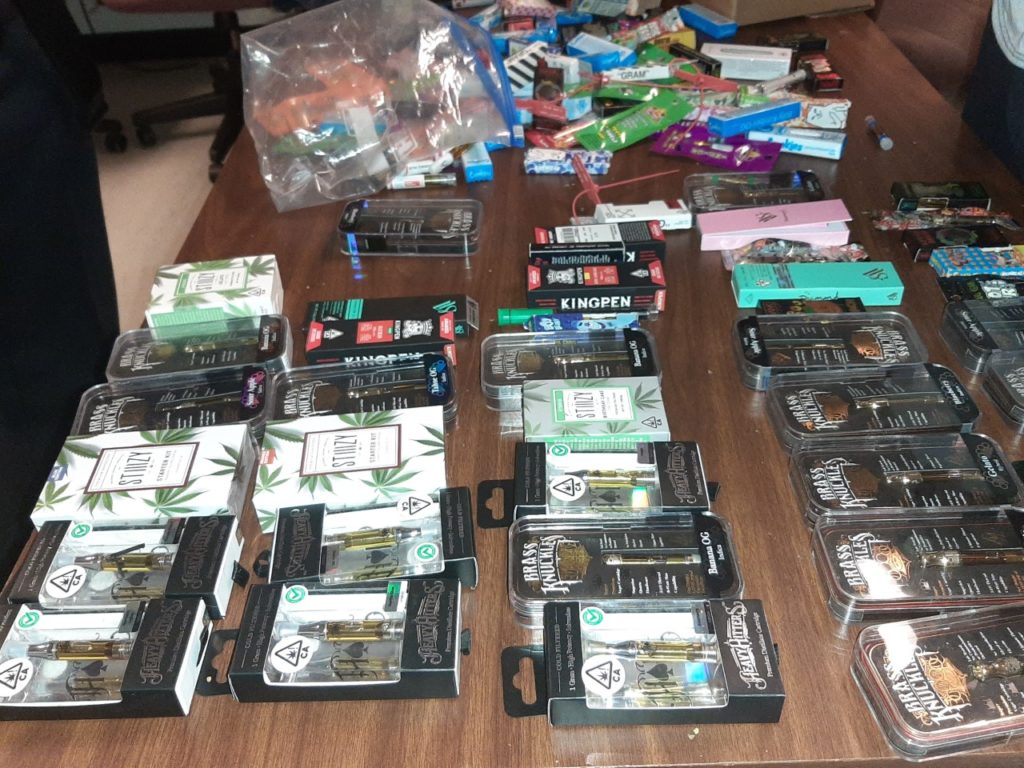 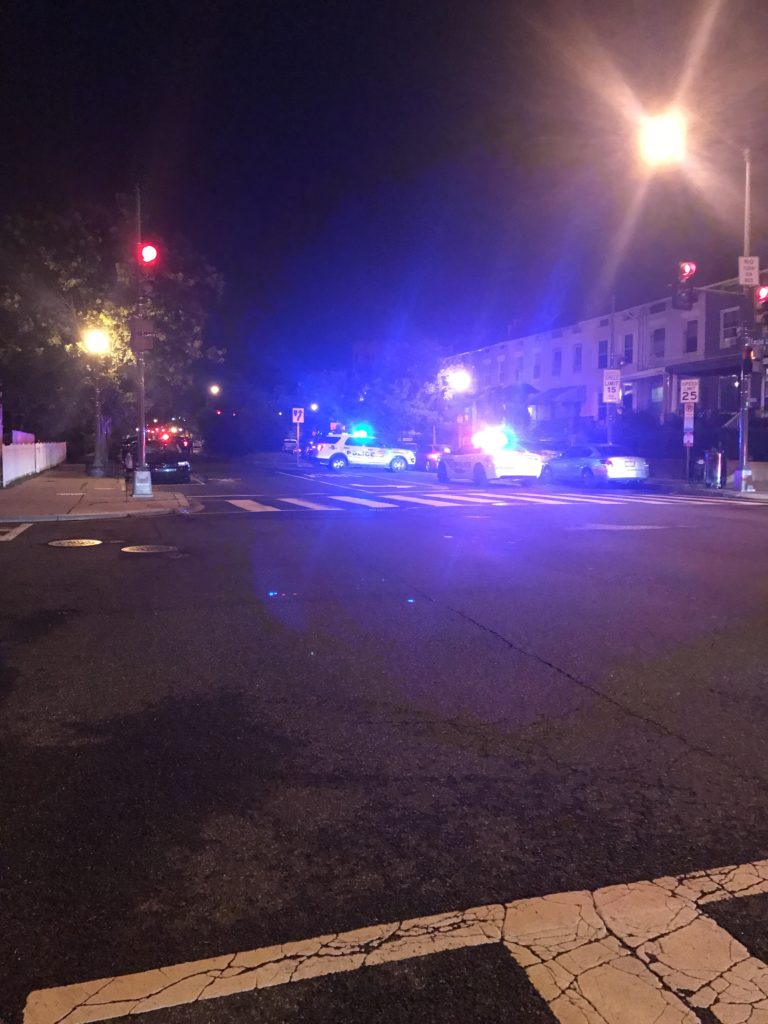 At approximately 12:00 pm., a suspect fired a weapon at the listed location.

Members on the scene recovered two shell casings. No victim, no vehicle, or property were damaged.

Also, no weapon was recovered. If you have tips, video or other information related to this incident, please call our Command Information Center at 202-727-9099. If you prefer text, please send to our text tip line at 50411.”

From MPD Sunday/Saturday night 1am (see photo above): END_OF_DOCUMENT_TOKEN_TO_BE_REPLACED 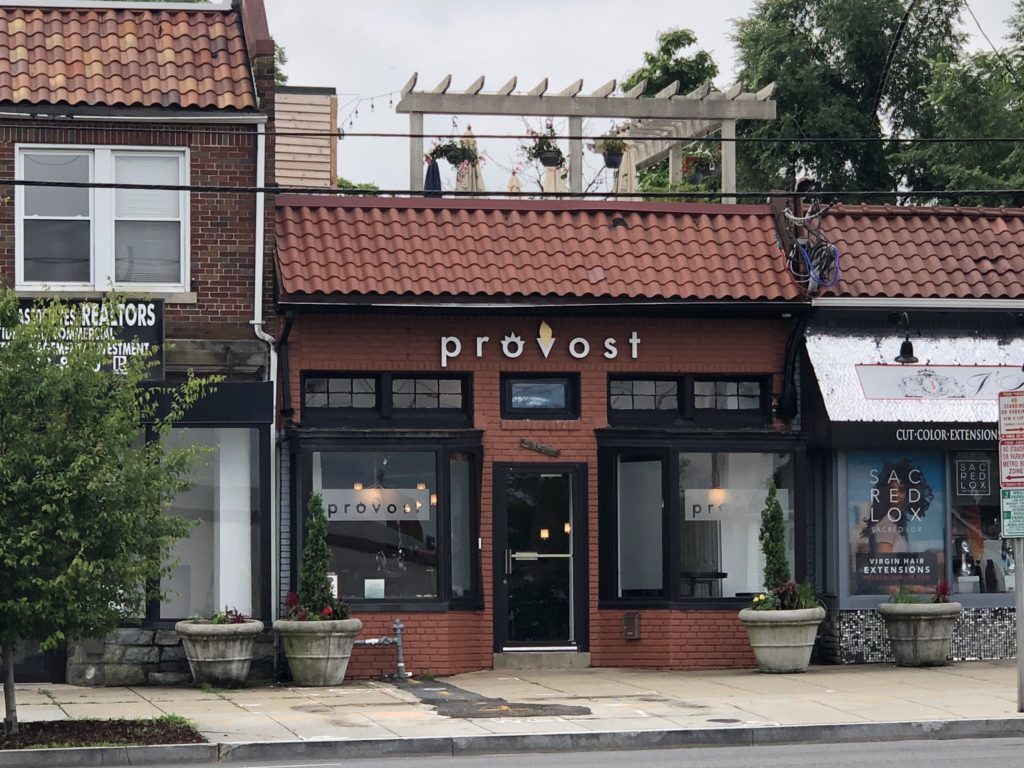 Thanks to VJ for sending:

“A little late, but provost is now open as of mid-week last week.

Here’s a pic of the menu and also my daughter showing off the sweet rooftop and food.” END_OF_DOCUMENT_TOKEN_TO_BE_REPLACED 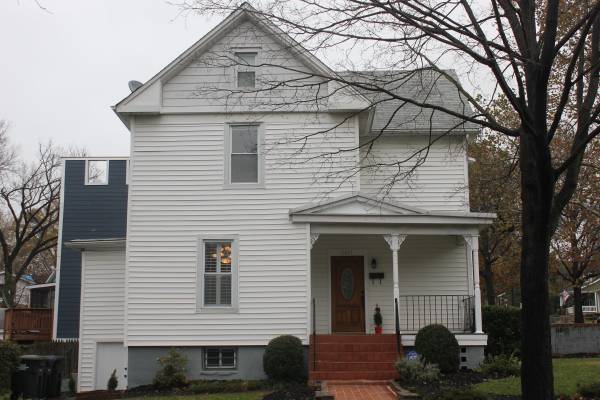 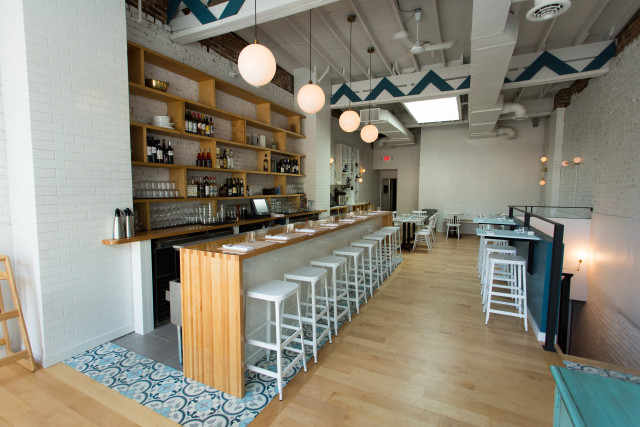 From the Brookland listserv:

“Sampling from some of the most memorable moments during the owner’s time spent abroad, Nido is a unique neighborhood bistro with eclectic Mediterranean cuisine. It is a light, airy, yet cozy space that provides “a place to sit down” to snack and imbibe with neighbors, friends, and family.”

Ed. Note: You’ll still be able to check out Mola in Mount Pleasant from the owners of Nido. 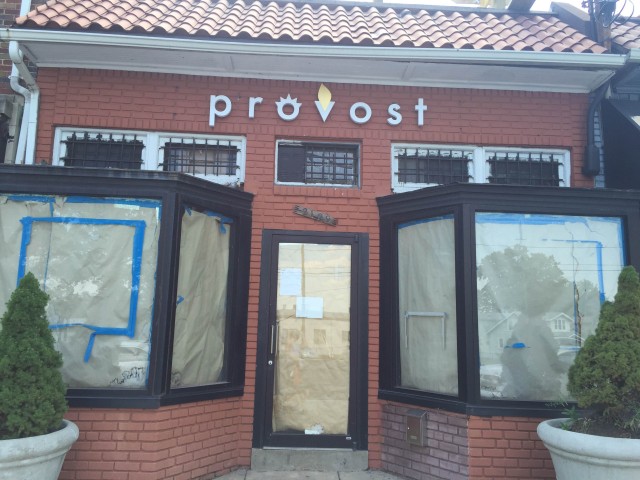 Holy smokes, I totally forgot about this place! We first posted about them back in September 2015. The liquor license placard says:

“A new restaurant serving traditional American cuisine. Seating capacity of 87 inside. Total Occupancy Load of 100. Roof Top Summer Garden with 48 seats. The License will include an Entertainment Endorsement for the inside of the premises only.” 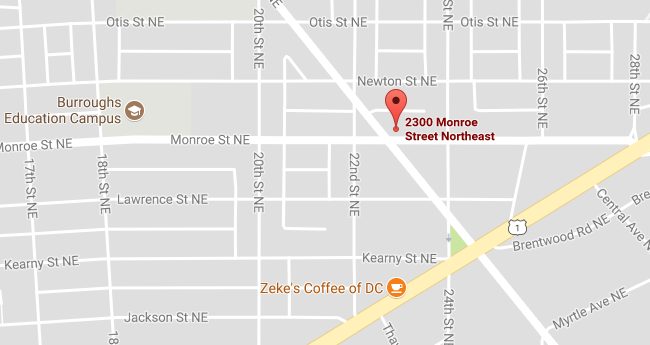 “On Wednesday, August 30, 2017, at approximately 1:43 in the afternoon the 5th District had a shooting that occurred in the 2300 block of Monroe Street NE. The two victims were walking in the rear alley of the 2300 Monroe Street when each received a non-life threatening gunshot wound. The first victim ran to the 1800 block of Otis Street NE where he flagged down an on duty MPD officer who was on foot in the park area. The second victim flagged down a Good Samaritan who transported the second victim to the hospital. We are currently looking for a Green Lexus GS300 with a Maryland tag. If you have a home surveillance systems please review the footage for the Green Lexus GS300. Please contact the 5th District Station at 2026980150 if you have any information pertaining to this crime.”