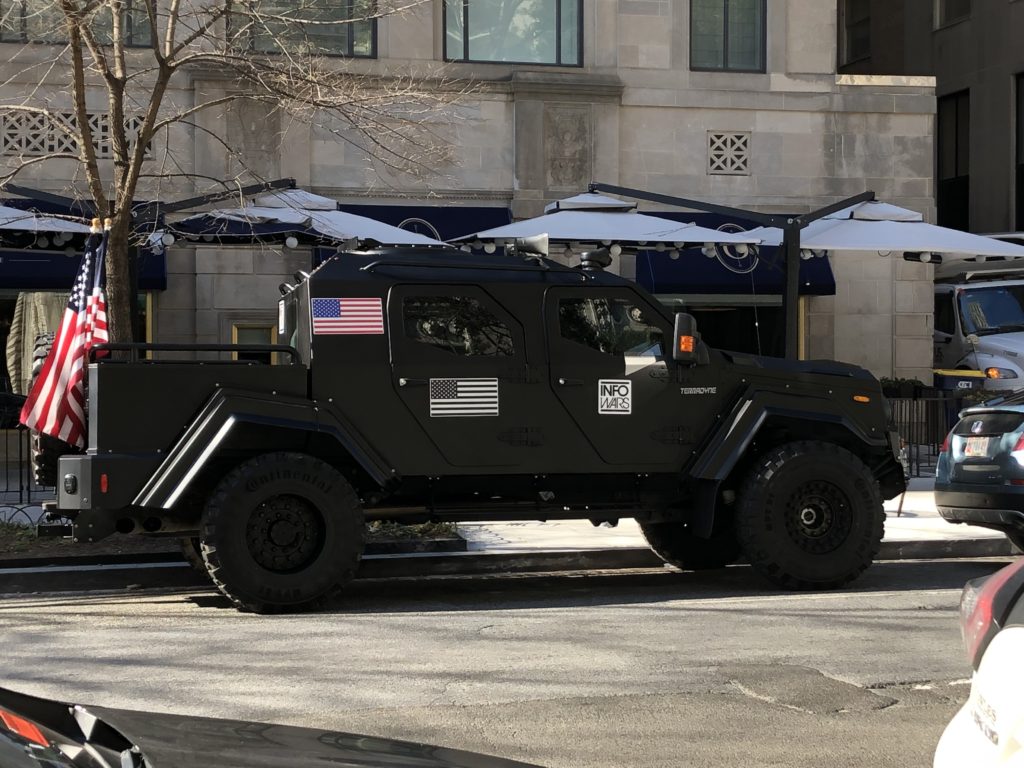 Thanks to Sylvia for sending from downtown yesterday: “Maybe this is a stop on the way out of Richmond?”

Interesting article on Infowars and its founder last month in the Times here.

I guess the vehicle could be worse… 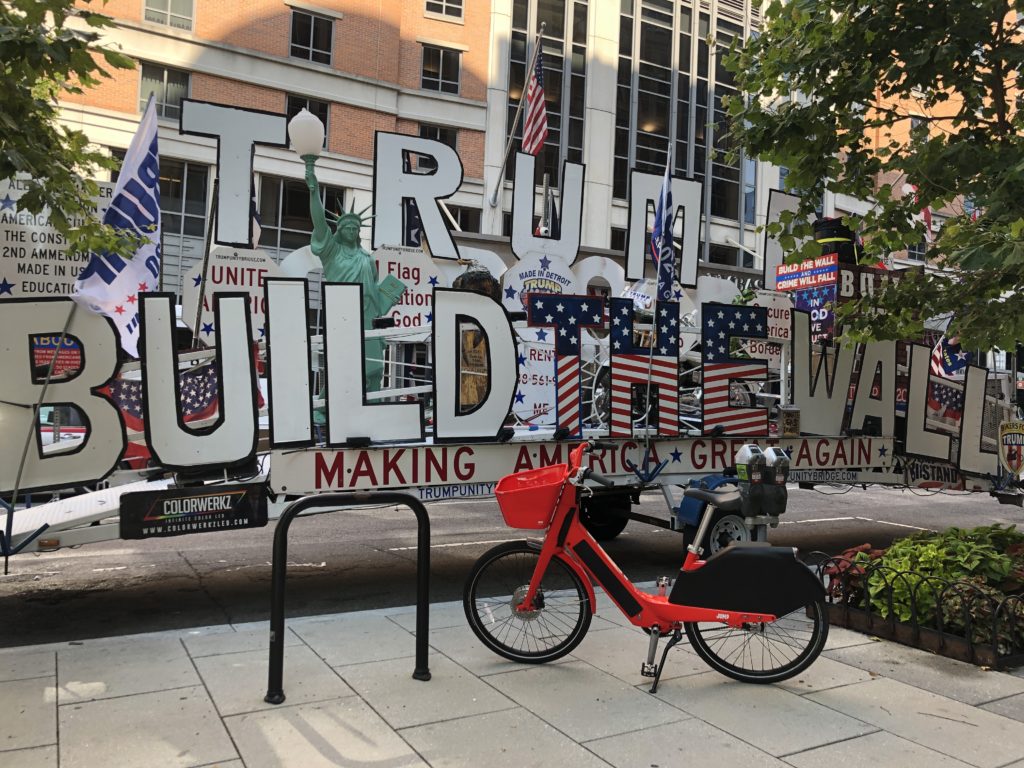 We’re gonna need more gin over here. We got reports yesterday that the Trumpmobile was back. Thanks to Hilary for confirming.

Hopefully no other vehicles were harmed this time around… #trumpmobile @PoPville @thehill @DCist @wcp @saletan pic.twitter.com/K97xRa1GOC 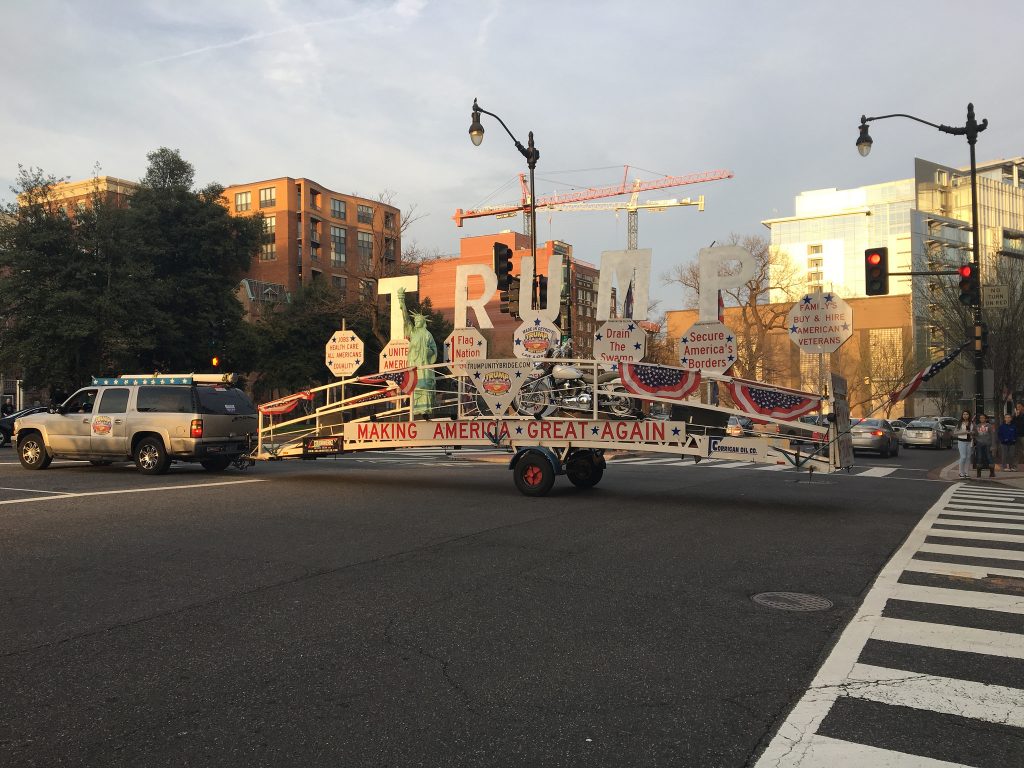 He’s back, yup, this guy. Fortunately no reports of any crashes yet. Thanks to all who sent word. Allison writes:

“Still confident despite his big fat health care FAIL today (also the music it plays is SO LOUD – is that legal???) – spotted at 11th and Mass @ 6:45p” 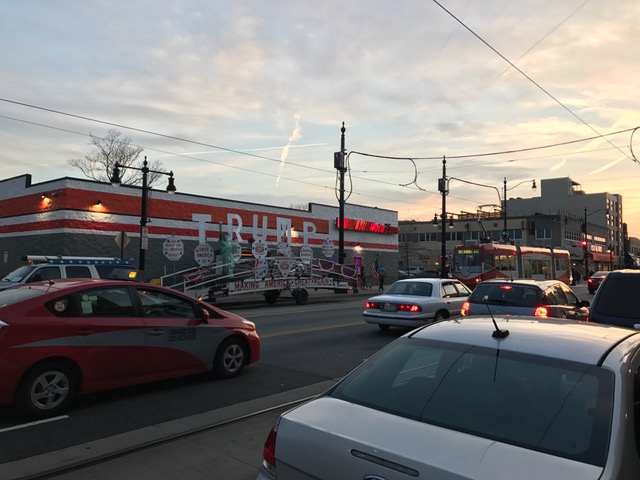 “Trump mobile broke down and blocked the H St Streetcar and entrance to Autozone for a while tonight. Seems like karma.” 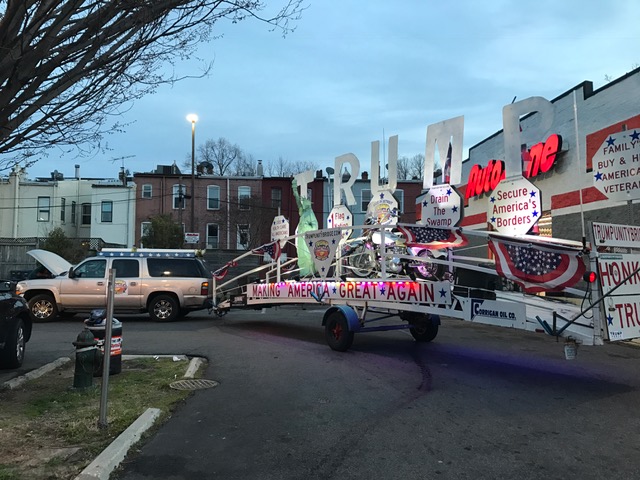 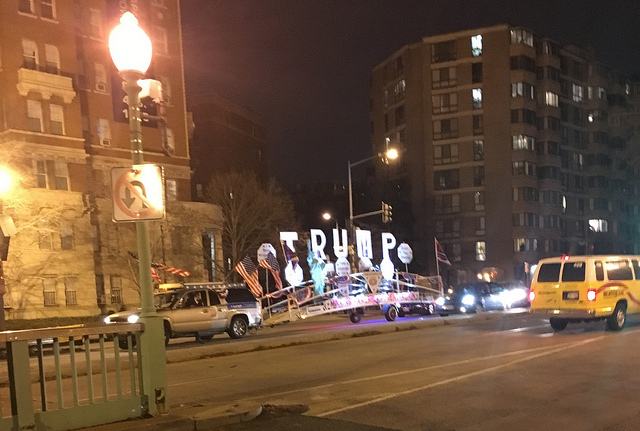 Thanks to all who emailed last night. At least it wasn’t school bus this time. Stay tuned for continuing coverage.

“that huge Trump trailer is back again- he tried to go into the underpass under Thomas Circle, but I think it was too tall, so he was backing it up and reversed too quickly and hit the car behind him! 0-2 in just one day. Sad!”

“There was a four-car accident involving the Trump truck at 13th and Mass. shortly before 8 pm.” 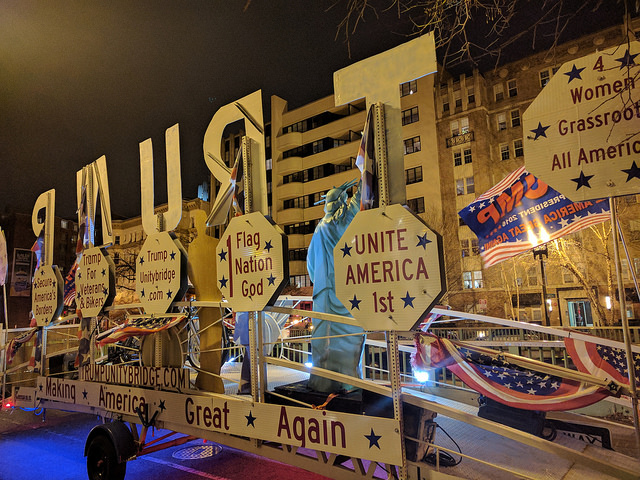 “The same “Unity Bridge” truck (or a similar one) crashed into a black car last night around 7:30 p.m. near Thomas Circle on Mass Ave. The truck realized it couldn’t fit under the underpass, so stopped and started backing up into oncoming traffic. The black car stopped to give it space, a young teenager in a tuxedo got out of the Trump truck to wave and yell, signaling an impending crash, and the truck continued to back up and crash into the car behind it.

Then the driver of the Trump truck, also in a tux, got out and started yelling at the driver he crashed into, saying the other driver should have known what was about to happen.

Meanwhile, a big guy just walking by mooned everyone, flipped off the Trump truck and yelled profanities.” 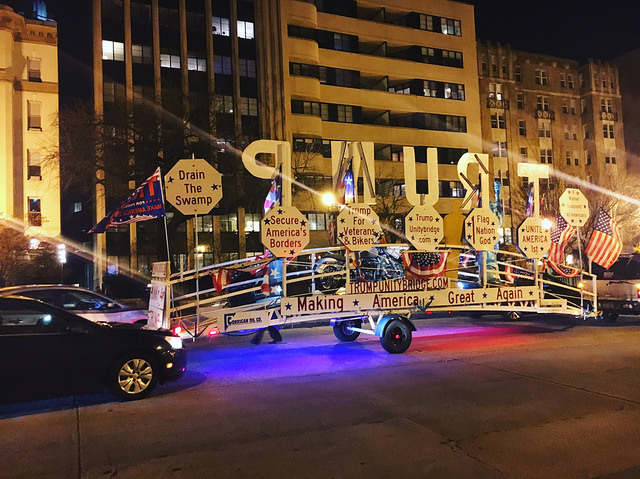 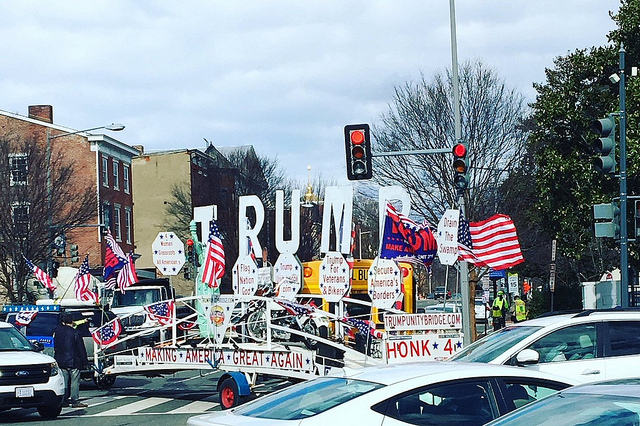 Thanks to Monique Z. for sending just after 1pm.

“Trump supporter crashes into D.C. Public School bus in front of police station. 6th and NY Ave. Right next to the police station. I went & got him some officers to help, he was in a rush to get his vehicle out. School bus was parked thankfully without any kids on it.”

At this time it’s not clear what music was playing. But, seriously, updates when more specifics are known. 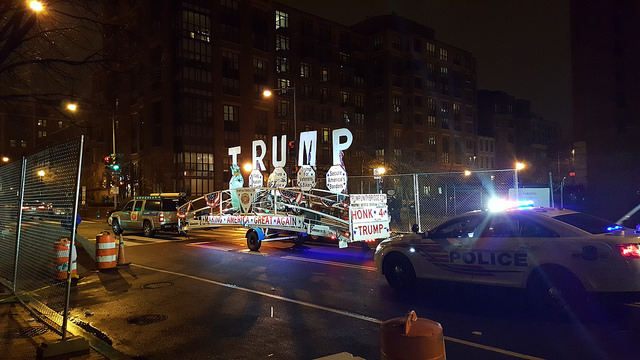 “The cops pulled this guy over, only to egg him on to blast the music he was playing LOUDER.

He was blasting “Born in the USA” and “Hail to the Chief”.”

Ed. Note: If you need me I’ll be looking at photos of Bei Bei and drinking grain alcohol…