Get our email!
Search 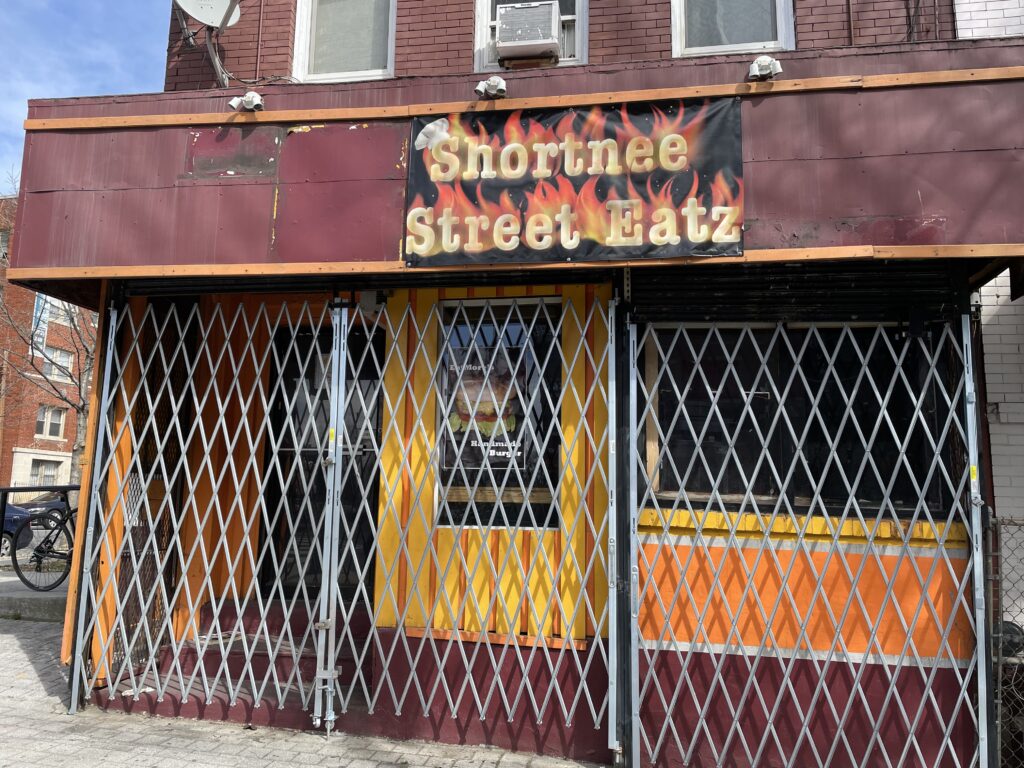 Eatmore had a helluva run. Anyone ever try the Shortnee Food Truck?

The remaining Eatmore Fried Chicken sign/name will also hold a place in my heart: END_OF_DOCUMENT_TOKEN_TO_BE_REPLACED 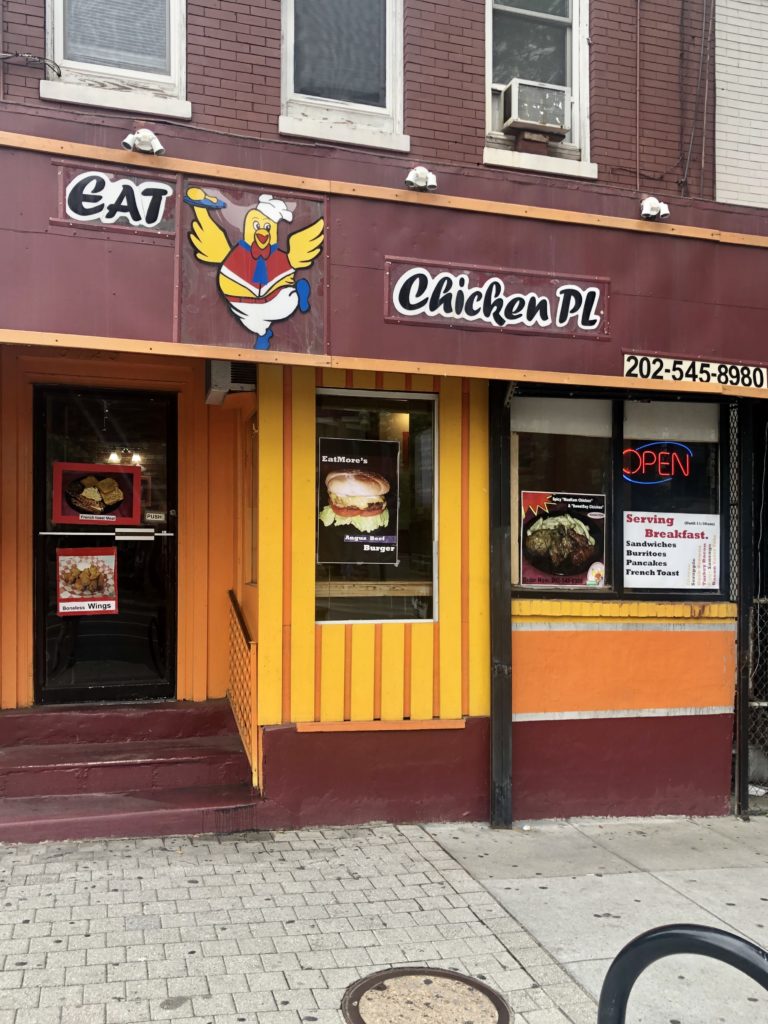 Thanks to Leah for sending:

“Eat Chicken Place at Georgia & Quincy reopened early this year after a renovation which offers more dine-in seating and a modest facelift! The food is great, particularly at the price point, and the owner/operators are so incredibly sweet. I’m just glad they’re doing well and hope to send more business their way!”

Have a look inside: END_OF_DOCUMENT_TOKEN_TO_BE_REPLACED 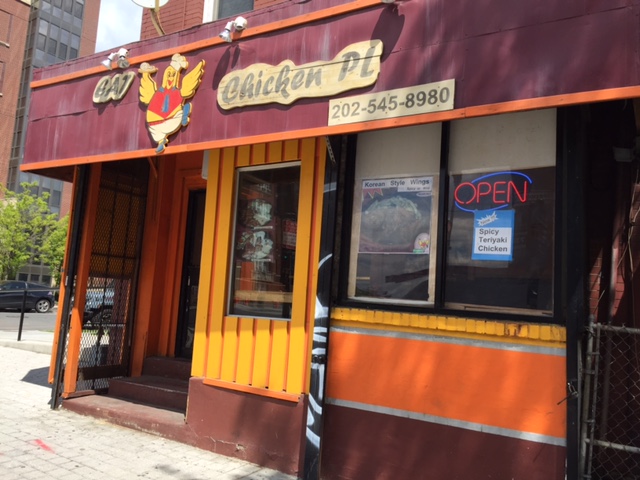 Tell me this is anywhere near as good as Kochix? 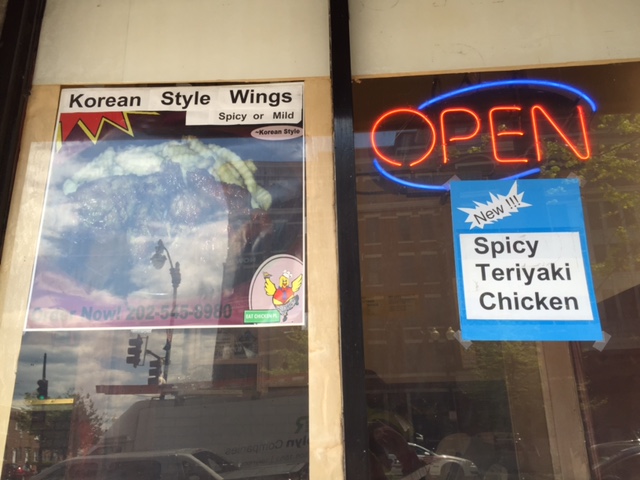 If it is, I will finally forgive them for dropping fried from their name… Seriously – what’s the word on these wings? 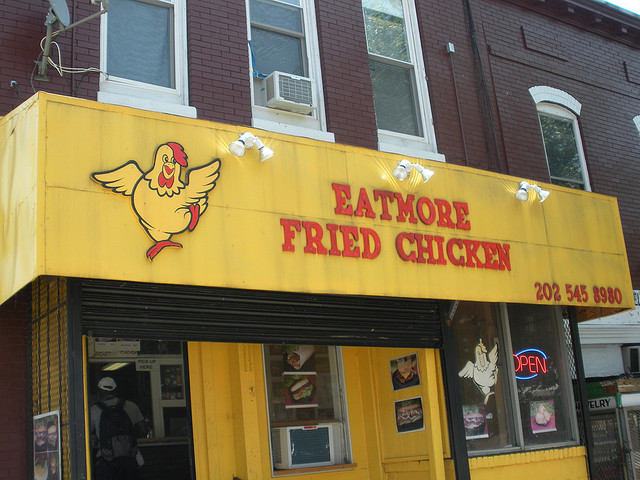 Thanks to all who wrote in after last week’s Has EatMore Fried Chicken Closed? post (Georgia and Quincy Streets, NW). It looks like they’ve gone the way of KFC and are de-emphasizing the fried part. I still like the name but I’m not sure if EatMore Chicken has the panache of EatMore Fried Chicken. Or perhaps they just haven’t put up the ‘Fried’ part of the sign yet… 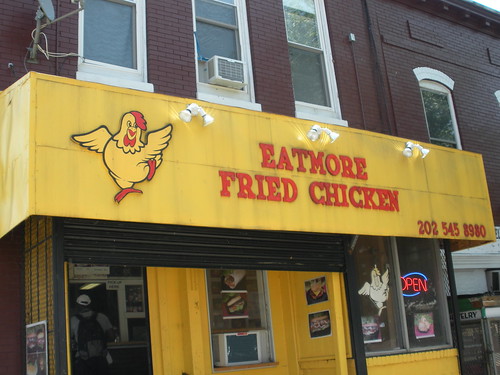 Thanks to an alert reader for sending this listing from Long and Foster.. Arguably the best name for a city restaurant/food may not be around for long. The listing says:

I suppose you have to sell a lot of fried chicken to come up with that scratch. Do you think it’s a good deal? 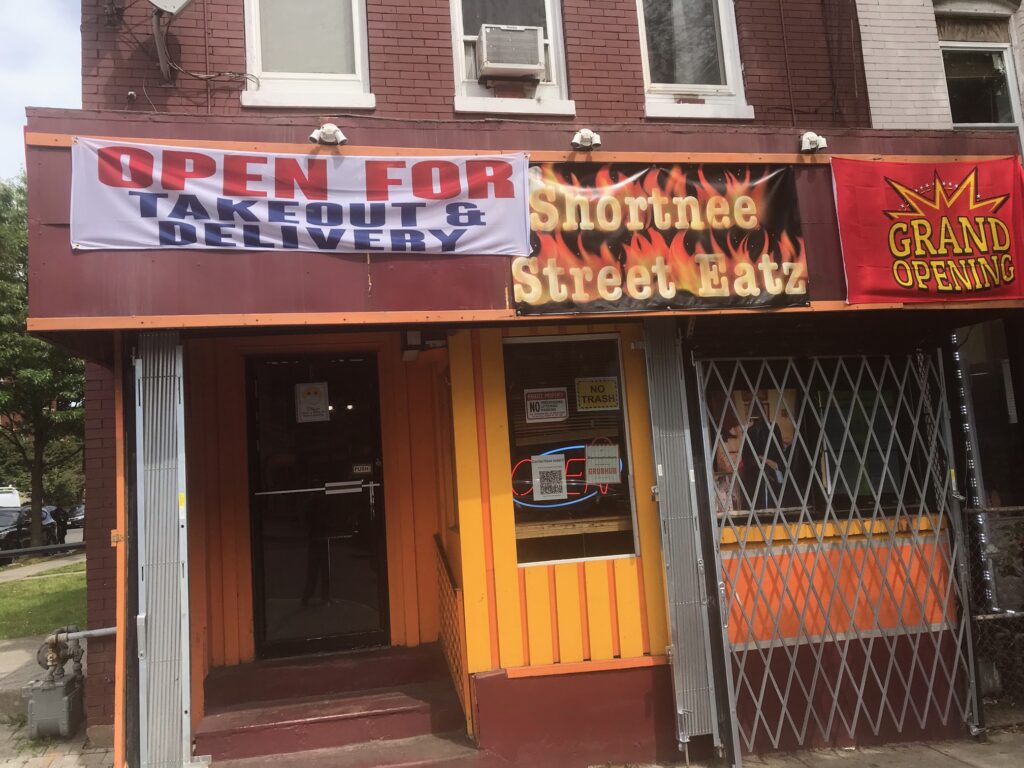 Thanks to Cliff for sending the update. Back in March we reported that Shortnee Street Eatz was coming to the former Eatmore Fried Chicken space. Anyone take an early taste of Shortnee?

Maybe Eatmore Chicken will change their name back…

This coming winter, Washingtonians can look forward to the opening of Astro Doughnuts & Fried Chicken, a casual yet refined take on two comfort food classics – fried chicken and doughnuts. Founded by childhood friends Elliot Spaisman and Jeff Halpern, Astro Doughnuts & Fried Chicken will open its first location in Downtown Washington near Metro Center. Pastry Chef Jason Gehring, most recently overseeing the pastry program at Fiola, will helm the kitchen and menu development. Astro plans to serve a rotating variety of doughnuts and fried chicken daily, during the breakfast, lunch and late afternoon rush.

The name Astro was inspired by the desire to provide a stellar product and experience to Washingtonians. In this case, sweet and savory all-American favorites – fried chicken and doughnuts – come together with an inventive and whimsical take on flavors and offerings. Sourcing some of the finest ingredients available, Chef Gehring will offer a variety of doughnuts with familiar flavors like glazed, chocolate and sugar. Customers can also expect nostalgic renditions like peanut butter and jelly, crème brulee, and riffs on iconic desserts like the black and white cookie. “One of my greatest culinary inspirations was my grandmother, and I plan on honoring her fried chicken recipe at Astro, with regular and spicy varieties” said Gehring. Astro is finalizing partners now, but plans to serve premium coffee from artisan roasters.

Combining their culinary and service backgrounds, Gehring and Spaisman will lead the back and front of the house respectively. While opening is expected later this winter, Astro plans on hosting pop-up tastings throughout late fall and early winter.

Astro has been a project in the making for the past three years. Raising funds during a downturn economy, while finding an attractive location that was appropriately ventilated for deep-frying, was a long-standing challenge. “In the early planning stages, we worked with Valerie Hill of Johnny’s Half Shell to help with recipe development,” said Spaisman. “We also looked to long-time friends John Fulchino and Chef Ann Cashion for some very insightful industry advice,” he continued. “Three years later, we’re so happy to have found a great talent in Jason, who has been adding to those first recipes and putting his own personal stamp on the flavor varieties.”

Co-founders, Elliot Spaisman and Jeff Halpern, the first native Washingtonian to play for the Washington Capitals, grew up playing hockey together in Montgomery County, Md. Doughnuts were the reward of choice after games, particularly those from the recently reopened Montgomery Doughnuts. Spaisman, with a long-standing career in antiques, was always a lover of food, having worked at Balducci’s (formerly Sutton Place Gourmet) throughout his high school and college years. He and Halpern both have a passion for food and were inspired by a fond childhood memory, to offer Washingtonians a fun interpretation on two comfort food favorites. PoPville flickr user Pleasant Street noticed that part of the EatMore Fried Chicken sign had vanished from the corner of Georgia and Quincy, NW. Back in June ’08 we noted that the building was for sale. Perhaps it has finally sold. Here’s what it used to look like: It looks like we’re gonna have a few more snow shots! I had to feature this one from pinstripesdumbo as it’s got EatMore Fried Chicken in the background! 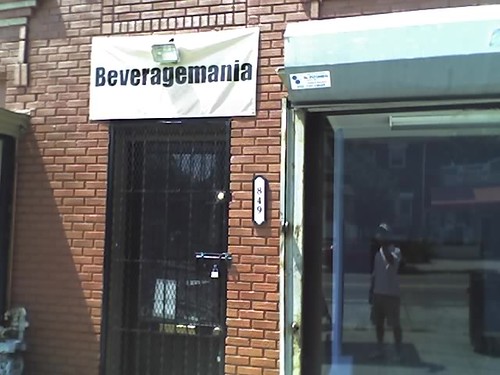 This storefront is looking pretty nice, it is next to the barbershop on Upshur near Georgia Ave. This store may also have the best name ever, besides EatMore Fried Chicken of course. Beveragemania. I hope it truly is and that there is a fantastic selection of wines, beer, etc. Anyone else know anything about this?