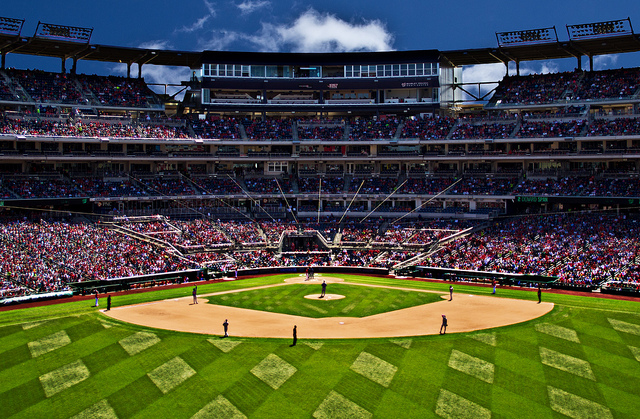 The DC Beer Festival returns to Nationals Park on Saturday, November 8th with the rare opportunity to eat, drink, and play on the field at Nationals Park! Bringing together over 75 craft breweries and featuring fall seasonal beers, the event will feature live music, games, DJs, some delicious beer and food. Admission includes unlimited beer and cider tastings, with food sold separately from a number of food trucks including DC Empanads, Peruvian Brothers, AZNeats, Red Hook Lobster, Sate, The Big Cheese and others.

“Every fan’s dream is to run the bases and hang out on the field at a professional baseball stadium. We’re making that dream happen and adding unlimited pours of some of the best craft beer and cider from all over the US,” says DC Beer Fest organizer, Dan Silberstein. 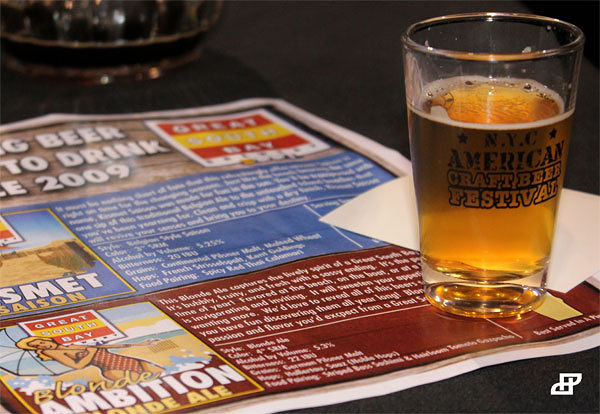 “The Hand Crafted Tasting Company is proud to announce that the DC Craft Beer Festival comes to the DC’s Walter E. Washington’s Convention Center on Saturday, March 8th for two sessions, one in the afternoon, and one in the evening. The Spring Seasonals tasting will showcase spring releases from 75 of America’s best Craft Breweries, with a special focus on Breweries from DC, Maryland, and Virginia.

There will be approximately 150 selections, along with wonderfully prepared food designed specifically to be consumed while enjoying the tasting sessions from DC restaurants, Hawk ‘n’ Dove, Senart’s Oyster & Chophouse, and Willie’s Brew and Q. END_OF_DOCUMENT_TOKEN_TO_BE_REPLACED 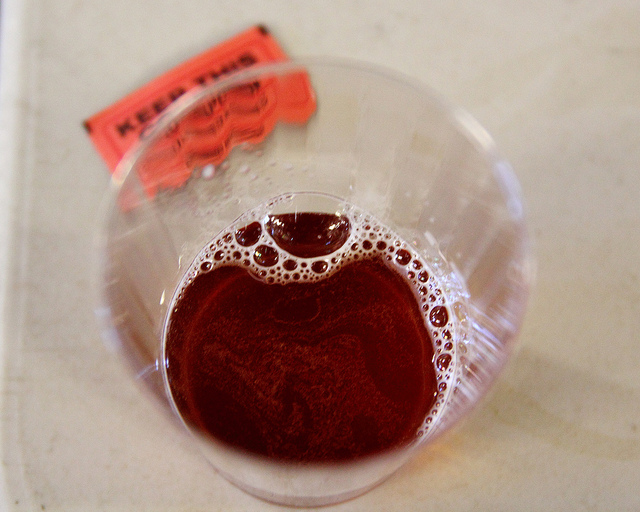 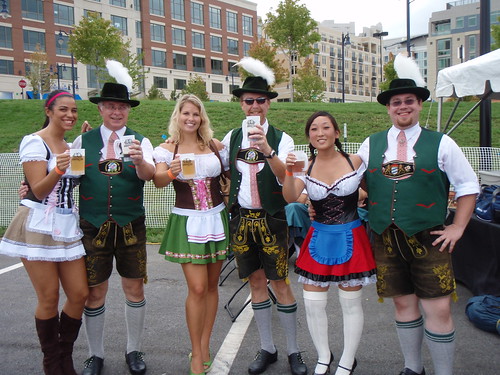 I had been waiting all month to go to Oktoberfest at the National Harbor, MD this past Saturday, when it was finally time to go the weather didn’t sound promising. The website said the event would take place rain or shine so we were excited anways. We met at a friend’s house and got dressed, that’s right, some of us dressed up in costume! (We were not the only ones)

We then headed out to the event around 1pm and got in the Will Call line to pick up our tickets. We were given bracelets and those of us who dressed up got a few extra beer tokens. The next line was to pick up our beerfest mugs and the rest of our tokens. We then headed to the main tent passing tons of seating and a live band playing German music. In the tents were venders selling jewelry, stines, wooden kegs, German foods and beer. 1 token would fill a 1/3 of your mug and 3 would top it off. Some vendors were very generous with these fill lines and others were very stingy. My favorite beer was a Sarnac Pomagranite Wheat beer. They offered a bunch of German beers as well as a couple of Irish beers and domestics. (I wish I had, had the foresight to take pictures of the signs that said what beers were at which stands so I could relay the offerings to you now, but unfortunately I was too drunk) On the other side of the main tent there was a stage with a guy playing your standard mix of American music with some of the party goers dancing on stage behind him.

The weather was very humid with scatters of very light sprinklings here and there. At one point the sun came out and it was apparently pretty strong as I now have tan lines from the puffy sleeves on the beer girl costume I wore. The turn out was pretty good, although I had expected more people to show. I think the weather earlier in the day scared a lot of people off. This was also the National Harbor’s first year to host Oktoberfest so there were a few things that could have been better…they started running out of beer and brats around 2pm (the event ran til 8pm). We were a little disappointed with that, but all in all we had a great time and we willl probably go again next year. I think I would def recommend Oktoberfest at the National Harbor to anyone looking for a fun day, but definitely buy your tickets online for the cheaper price and be sure to hit up your beer selections and food earlier rather than later. If I had to give this a grade I would say B- More photos after the jump. END_OF_DOCUMENT_TOKEN_TO_BE_REPLACED