From a press release regarding the shooting/homicide June 25:

Detectives from the Metropolitan Police Department’s Homicide Branch have announced that a third arrest has been made in the homicide of Robert Foster, Jr.

On Saturday, June 25, 2011, at approximately 5:03 pm, units from the Third District responded to a call for the sounds of gunshots. Upon arrival, they located four victims, three in the 700 block of Gresham Place, NW and one in the 700 block of Columbia Road, NW. All four victims were transported by DC Fire and Emergency Medical Services personnel to local hospitals where one of the victims succumbed to his injuries and was pronounced dead.

The decedent has been identified as 43 year-old Robert Foster, Jr. of Northwest, Washington, DC.

On Sunday, June 26, 2011, members of the Homicide Branch arrested an adult male and charged him with Murder Two while Armed.

On Monday, July 11, 2011, at approximately 1:30 pm, 19 year-old Terrance Marquis Bush, of Northeast, Washington, DC, was arrested by members of the Third District, pursuant to a DC Superior Court Warrant charging him with Second Degree Murder while Armed.

The Caribbean day festival is normally one of my favorite days in DC. I am devastated by what happened late Sat. afternoon. I am also saddened by many of the generalizations made on all sides in the subsequent discussions about the violence. Having said that, the violence itself, particularly the fight on Georgia Ave near Banneker Pool has upset me more than I can properly articulate:

I need the Mayor to comment on this. Say something. Anything. Tell me you saw the clip above. Had I not been sent the clip I wouldn’t have even known it happened. This in the streets of Washington DC. Not just any street but one of our main avenues. Chaos of this magnitude can not be ignored. The Mayor’s silence terrifies me.

I believe the festival is a beautiful event. I’ve gone for many years and during the parade I have never felt an ounce of discomfort or fear of violence. During the parade. It is my deepest hope that this year’s troubles were an aberration. If we abandon the Caribbean Festival I personally believe we will be abandoning a piece of our soul, a piece of who we are. A piece of what makes us such a unique, amazing, and fun place to live. I appreciate that the Festival is not for everyone. That is fine. I’m told many residents in New Orleans actually hate Mardi Gras. But can you imagine New Orleans without Mardi Gras? For me, I can’t imagine Georgia Avenue in the summer without a Caribbean day Festival.

Mr. Mayor, just let me know that you recognize mistakes were made this year and you’ll do everything in your power to make sure they will not be repeated next year. Please. 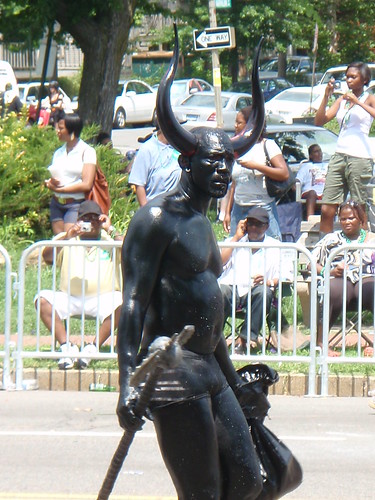 I posted some of my photos here but, as expected, you guys left me in the dust. Above is from arisenders. 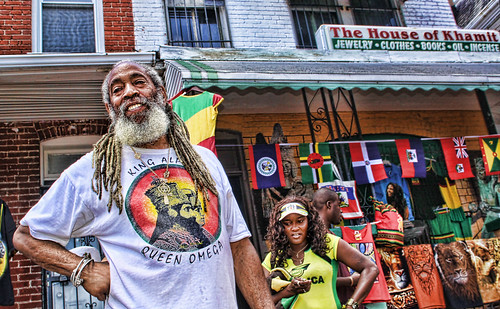 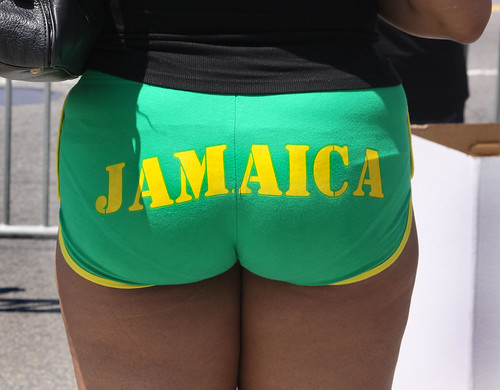 The above two great ones are from quigley_brown. A few more after the jump. END_OF_DOCUMENT_TOKEN_TO_BE_REPLACED 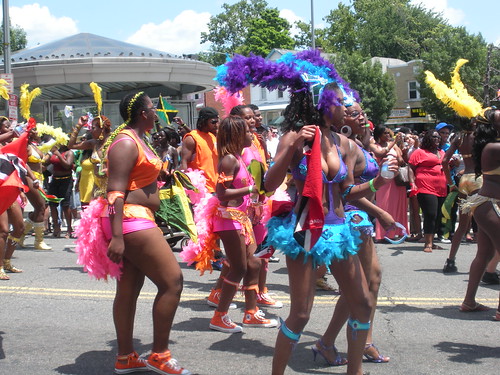 Well a reader couldn’t wait until Monday so here ya go. How was your experience? I didn’t stay for the mud people this year but my favorite part was still the big 18 wheelers filled with speakers. So good. Submit your photos of the parade via email or to the PoPville flickr pool here. 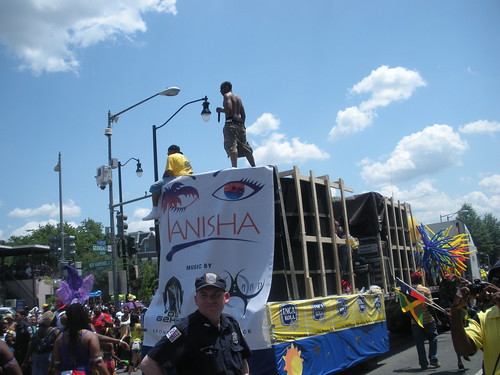 This year the street was more closed off than last year but after a while the barricades were crossed. 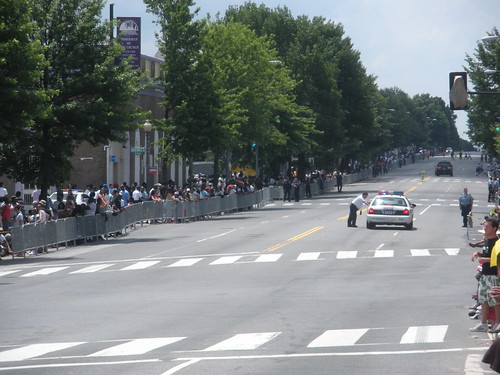 I’m not sure what part of the caribbean these folks were representing: 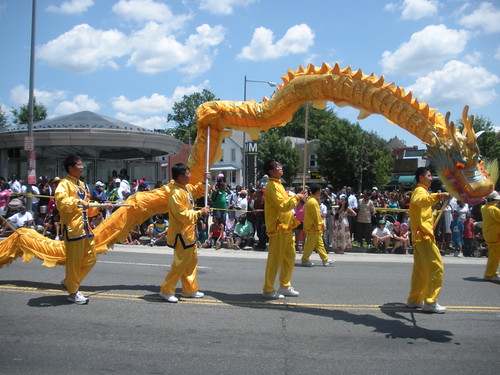 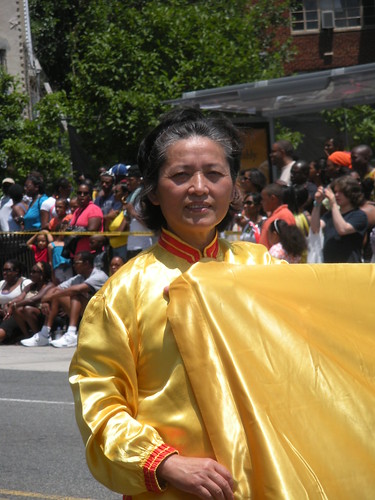 Lot of amazing costumes of course: 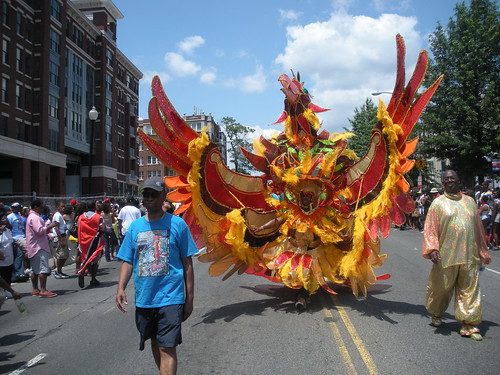 Lots more after the jump. END_OF_DOCUMENT_TOKEN_TO_BE_REPLACED 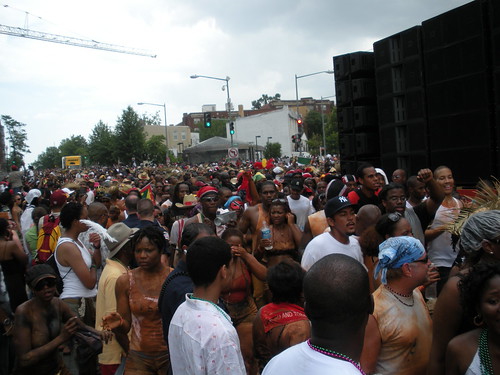 I am new to DC this summer and I have really been enjoying your postings and information on the city and the Petworth area where I live.

I am interested in getting a little information about the Caribbean festival and parade this weekend and was wondering if you could provide your readers with a few details. So far their website has been a little sparse. As a longtime resident of DC can you provide any info on this years festival or of festivals in the past?”

Yes! I can’t believe I forgot to mention this. It is amazing and you all must immediately change your plans to attend the parade this Saturday. Seriously. It is amazing. If you don’t believe me, check out photos from last year’s parade.

“The annual Extravaganza Parade will be staged along the Georgia Avenue corridor on Saturday, June 27, 2009 , and will commence at Missouri Avenue at 11:00 a.m. and terminate at the international marketplace at “DE SAVANNAH” – Banneker Recreation Park. DC Caribbean Carnival will host the international marketplace at “DE SAVANNAH ” from 12:00 noon to 8:00 p.m featuring food, craft and entertainment”

I recommend you get to Georgia Ave. anytime between 12 and 2 pm. And don’t wear any nice clothes cause you’ll get dirty! 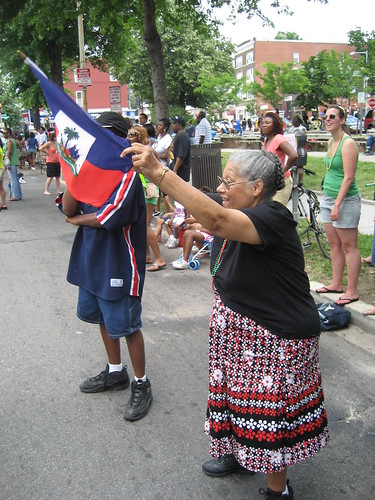 she told us it’s her 47th year at this parade!, originally uploaded by Suse_dc.

Thanks to Susan for this great shot. Susan adds: “She told us it’s her 47th year at this parade!”. 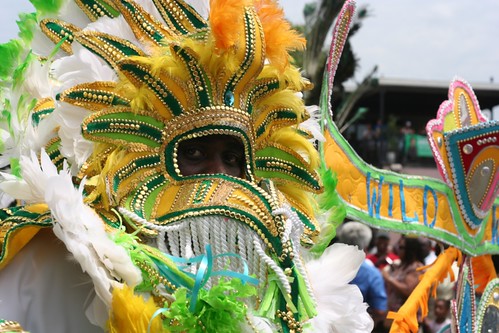 Holy awesome. I think this was my favorite Caribbean Day Parade yet. Every year I get down to Georgia and New Hampshire too early. And every year I say I’m not going to come as early next year. But man was it worth the wait. Everyone was in a super good mood. Despite the brutal heat, the atmosphere was absolutely electric. The music? Phenomenal. The dancing? Off the hook, as the kids say. The costumes? Brilliant. But of course words can do this parade no justice. So I’ll post some of my favorite photos after the jump and I’ll continue to post some cool pics throughout the week. So if you took any photos that you are particularly proud of send them to [email protected] and I’ll post throughout the week. Best photo gets a free PoP t-shirt of course. So what was your favorite part of the parade? END_OF_DOCUMENT_TOKEN_TO_BE_REPLACED 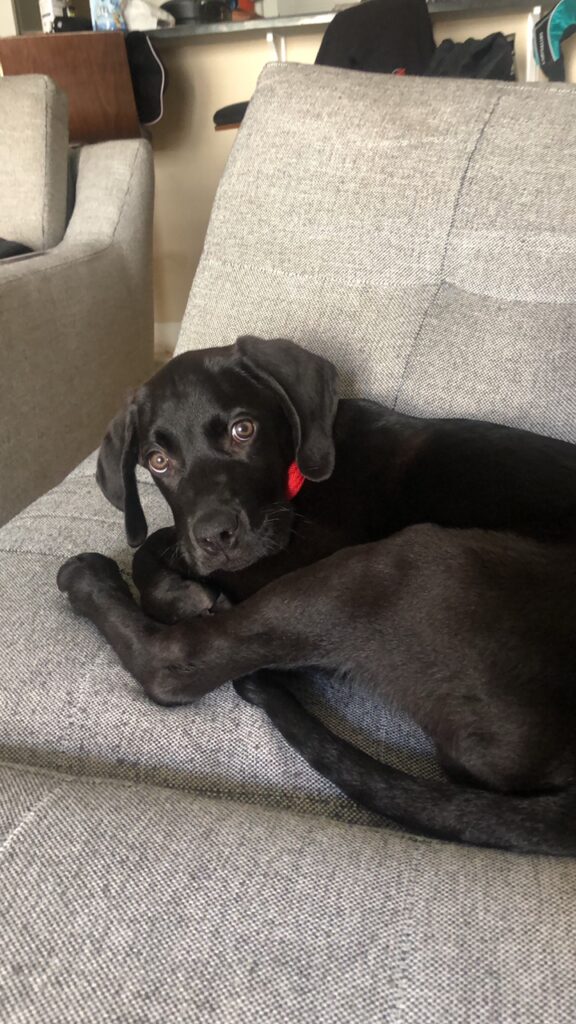 “Arthur relaxing on his couch after an exciting and fun-filled Caribbean Day celebration at Union Market. It’s a hot summer and he had plenty of water (no rum punch, sadly) to keep him hydrated.”

0 Comments
What the Helen of Troy is This 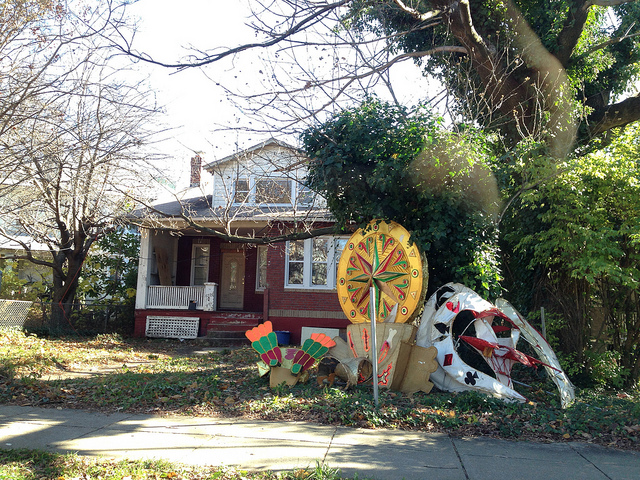 A reader sends this interesting hodgepodge from Takoma:

“A huge dumpster appeared recently and crews have filled it to the brim. A few odds and ends have remained in the yard for the taking, I guess!!”

Some of it looks like it could’ve been used in a Caribbean day parade?