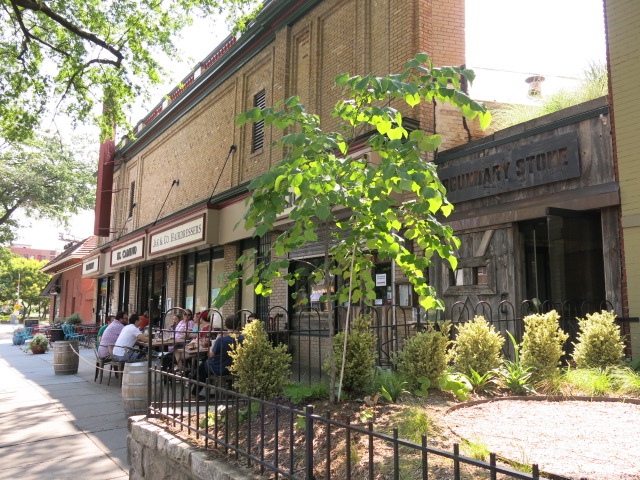 “Boundary Stone’s sixth annual barrel-aged beer competition will take place on​ Tuesday, September 10 from 6:30pm – 9pm, with VIP entry at 5:30pm.​ After five years of pitting local breweries against each other in a DC Beer Week competition to see who can create the best barrel-aged brew, the Battle of the Barrel-Aged Beer is getting an extra kick this time around by pairing each of the six participating breweries with a liquor barrel from a local distillery.

General admission tickets for the event will be $30 in advance and $35 at the door and include a ​four ounce taster of all six beers in the contest, a voting token, and a full-sized draft beer from last year’s champions 3 Stars Brewery. VIP tickets are $60 and include all of the above as well as a Brewers Meet & Greet with complimentary snacks from 5:30pm to 6:30pm, a t-shirt with original artwork and a commemorative glass.

Defending champions 3 Stars Brewery chose local liquor barrels for this year’s competition theme and are paired with a barrel from New Columbia Distillery. Six total breweries and distilleries will participate in this year’s competition: Atlas Brewing with​ A. Magnus & Co.,​ DC Brau with Republic Restoratives, Hellbender with Cotton and Reed, Port City with One Eight Distilling, and Right Proper with District Distilling.

The official event begins at 6:30pm with the winner being announced at 9pm. Special guests include brewers and representatives from all competing breweries as well as local celebrity judges.

In addition to selecting the style or barrel type for next year’s competition, the winner will receive a dedicated tap line at Boundary Stone, a special Battle of the Barrel-Aged Beer trophy, and bragging rights until next year’s DC Beer Week!”