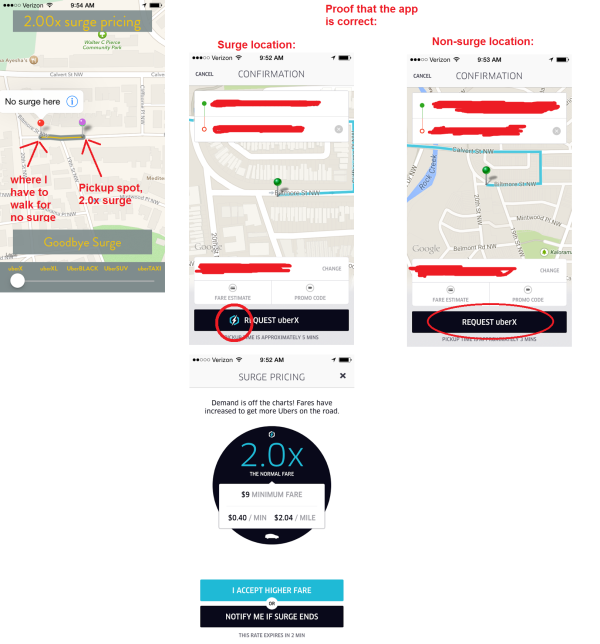 Yesterday I read the post on the perceived uptick in Uber Surge Pricing and commented about the app Surge Protector, which tells you where Uber is surge-priced and where it is not. I took some screenshots that I thought you/other readers might find interesting. The screenshot on the far left is from the Surge Protector app, showing me that there is surge pricing where I’m standing (2x the normal fare) but no surge pricing about half a block down the road. The other screenshots show that it’s true — they are charging me 2x the price if I don’t walk that half a block.

I think Uber’s model is coming back to bite them – they’ve priced their services so low that Uber drivers are turning off their Uber phones (signaling no availability), waiting until this prompts surge pricing (usually they check that from their personal phone), then going out and giving Uber rides. The Surge Protector app is a pretty helpful workaround as Uber’s system is clearly not working. The whole point of surge pricing is to get more drivers out on the road when there is naturally higher demand, but it’s not really working that way right now, which is a shame.

I know a lot of PoPville readers like me take Uber all the time so I thought this was pretty eye-opening.” 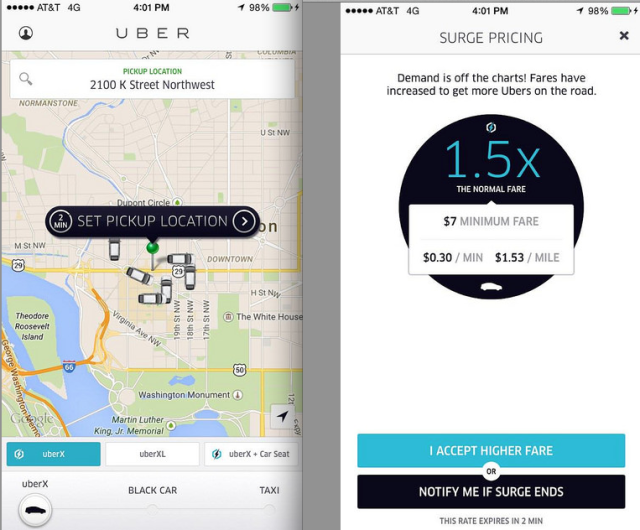 also @pgndc tweets us the screenshots above:

“@Uber_DC How would there be surge pricing with so many cars available in the area?”