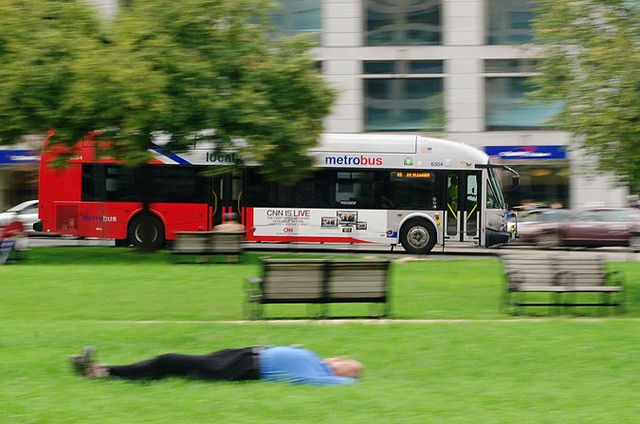 Do you get many complaints about the fact that ONE bus line services the Rhode Island Ave NW corridor? I’m not a huge complainer, but oh my gosh, FOUR buses passed me by this morning because they were packed to the gills with people. Not to mention service along this line was totally suspended during that minor snow event we had last week. I can walk to the metro, though untreated sidewalks make that treacherous business too, but why is RI so under served and who can I harass about this in govt?? I feel for my older neighbors. There’s so much fuss about the stupid trolleys (I’m from Pittsburgh, rode them around when I was young, and remember all the good reasons the city got rid of them decades ago!) but no one seems to be responding to the needs of the existing and growing communities elsewhere. One more line or a few larger buses would probably do the trick!”