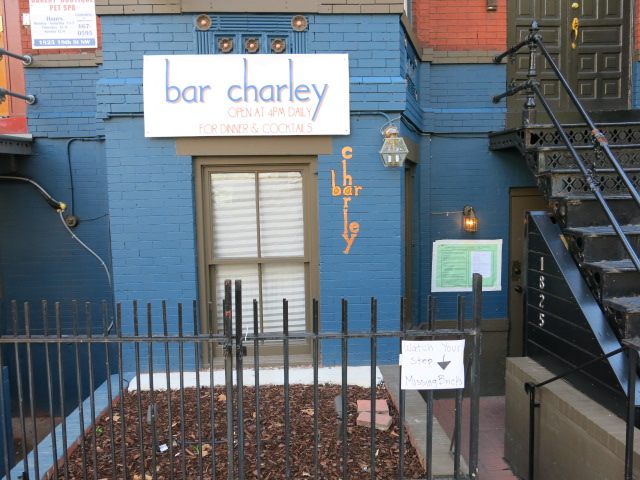 “All of us at El Chucho [3313 11th Street, NW] are pleased to announce the return of our New Year’s Eve all-you-can-eat, all-you-can-drink event! For $47.15 per person, you’ll get an order of chips and salsa for the table, one elote callejero per person, and unlimited tacos. This prix-fixe option also includes bottomless draft margaritas, draft beer, and well drinks. We will also be bringing in a television, so you won’t miss the ball drop!

At Bar Charley, we will be offering a prix-fixe meal with two seatings: Early and late seatings available for $45 and $55 respectively. You’ll also have the option to toast the New Year with a $55 open bar beginning at 10p.m. featuring nearly all of our craft cocktails, draft beer and wine. The three-course New Year’s menu will feature a diverse selection of canapés, entrees, and desserts.”

Menu after the jump.