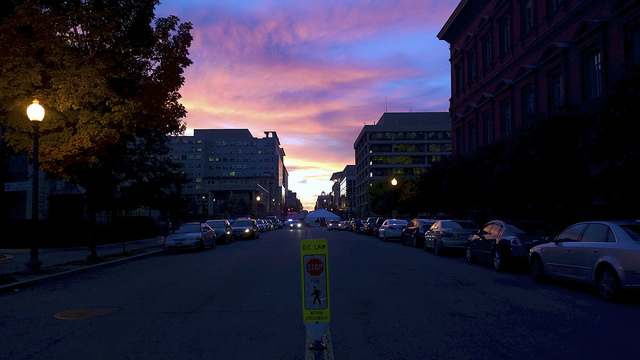 “Waiting for the train Saturday Afternoon when I spied a 40 odd year old black male, thin build, 6’1″, with a creeper mustache (essentially looked like Mayor Gray with more of a goatee) walking around with his phone pointed up. I spied him out of the corner of my eye taking a picture of my girlfriend — then he walked off. I followed him over as he was taking more pictures of other women on the metro platform. I confronted him loudly ensuring the rest of the platform was aware of this creeper and told him to delete the pictures he was taking. He proceeded to fumble with the phone acting like he had no idea regardless of the fact I caught him red handed with a picture of the girl he just took a picture of in his gallery. Called him out loudly of being a pervert and walked away which infuriated him (perverts dont like being called out?) He approached me again and quickly changed face and called himself a pervert and showed me he was deleting the pictures. This kind of person exists on the metro people — keep an eye out for him.

You can see all forum topics and add your own here. If you are having trouble uploading your question to the forum please try clearing your cache. If it still doesn’t work please email me at princeofpetworth(at)gmail

Next
Dear PoPville – Tips for Getting Rid of Large Furniture