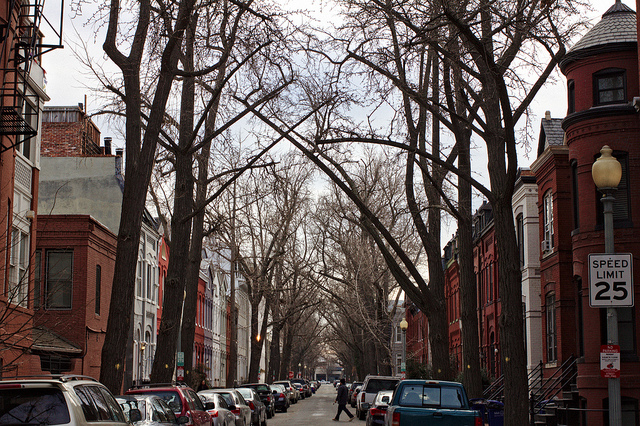 “Has anyone had any experience with having a gas line run from the front of their home through a crawl space to the rear of the house for a natural gas grill? If so, do you have a contractor you would recommend and roughly how much did it cost?”

For those who thought it was a NIMBY issue – Group home on Taylor:

“Well guess what…turns out all the neighbors concerns were legit. The group home has been in less than a month and here is what the neighbors have had to endure.

Last night one of the residents had a buddy at the back gate waiting for him and made a run for it out of the facility. As far as we know he is still out there. When an attempt to contact the POC for DYRS was made there was no answer and the voice mail was full so couldn’t even leave a message. Neighbor saw whole thing and called the police but people inside facility had no clue till police showed up. As for his friend waiting for him in the back yard, wonder who he was and what his history is and real great he is making his way onto the block.

Residents are suppose to be supervised 24/7 but on Saturday 3/22 a resident was observed leaving the facility with non-staff person. It was obviously one of the residents because his ankle bracelet was visible.

Neighbors have seen the residents using drugs in the backyard.

So they have been there less than a month and this is what is occurring. What is to look forward to in the next 6 months or a year. They need to shut it down now. Life Deeds is just making money (taxpayer money) by warehousing these kids, not supervising them properly and scooping up taxpayer money by charging enormous amounts of money per kid per day with no notion of actually rehabilitating them. Life Deeds is an evil company who does not have the interest of these children as it’s priority. Something has to stop this from continuing. If your asking what CM Bowser is doing….did you hear that? Its called the sound of crickets and her doing nothing. BTW this company also made big contribution to her election fund just before they started accepting residents.”

Read more →
More Stories
Photos from PoPville – Red, White and PinkDear PoPville – Should I pay it or should I just hope that there is no poor sap with the license # the officer wrote down?