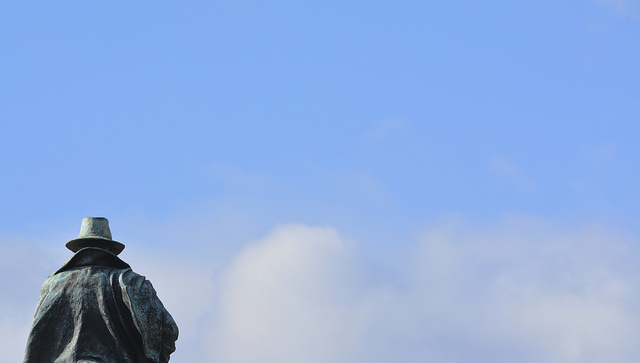 My father was diagnosed with terminal cancer right before Thanksgiving with a timeline of six months to live. The doctors encouraged him to undergo aggressive radiation and chemotherapy, but he turned down treatment due to cost and quality of life concerns. While he is doing what he can to take care of himself, his time is likely short.

I moved to the district in 2013 and he has never been to town to visit me. After he was diagnosed, my mother and I booked train tickets and a hotel room in early February for both of my parents to come and spend about a week with me in the city during my father’s birthday week. It will be his first (and likely last) trip to the nation’s capital.

I’d really appreciate any and all advice on places to take him (including restaurants), outside of the usual “museums and monuments” route. I will of course bring him to a number of those tourist locations, but I would like to have a few local favorites to share with him. Being new to the city, my list of local must-dos is rather short.

They’ll be staying in Foggy Bottom with access to the metro and they will not have access to a car during their time in the city. Preferable recommendations would be metro/taxi accessible.

Thank you for your thoughts and recommendations!”

I’m going to vote for stopping by the Round Robin & Scotch Bar at the Willard hotel. I’ll also vote for checking out the Heurich House Museum in Dupont. For restaurants I’ll suggest the great Italian restaurant Obelisk also in Dupont at 2029 P St, NW. Where would guys recommend?