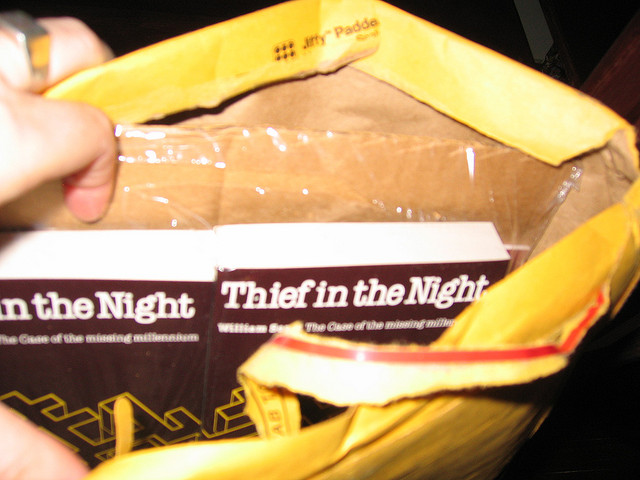 “Last April, I had a package stolen off my front porch and posted to the forum. It was caught on camera by my security system (though I was also home at the time), showing the mailman dropping off my packages, and her taking them off my porch. I saw it an hour later, called the police, and filed a complaint. I got a call a few weeks after it happened from the police, saying that an officer had recognized the woman from the neighborhood, and so they would file charges when they did end up getting her. Charges were filed on August 14, and the woman pleaded guilty to theft (2nd degree) on October 9th. Sentencing is scheduled for January.

I know this is a pretty dry post, but I just thought I’d let everyone know that there’s one less package thief out there, and that they do get prosecuted.”