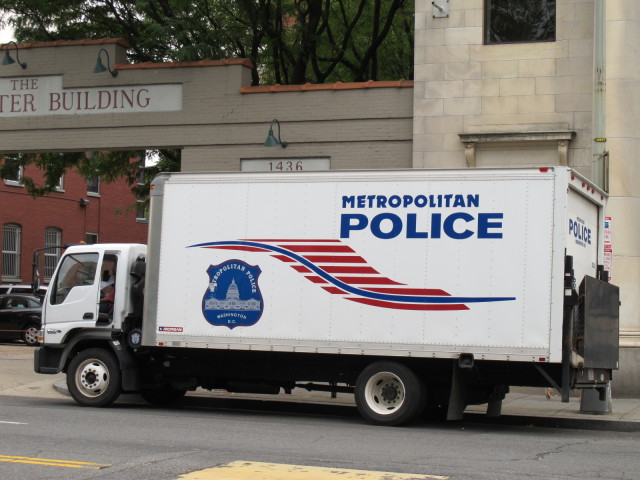 As I mentioned earlier today I was out of town Friday – Sunday. There were a ton of crime reports I missed. Here are a few of the bigger ones from MPD.

Assault That Occurred at Rendezvous Lounge Now a Homicide

“The Metropolitan Police Department has announced an assault that occurred on Friday, August 30, 2013, at approximately 1:56 am at the Rendezvous Lounge in the 2200 block of 18th Street, Northwest, is now ruled a homicide.

On Friday, August 30, 2013, at approximately 1:56 am, Third District units responded to the 2200 block of 18th Street, Northwest, to investigate a report of an aggravated assault. Upon arrival on the scene, members located two adult males lying at the bottom of the stairs of the establishment. One male was unconscious and unresponsive and bleeding from the head and the other male was semi-conscious and was suffering from head injuries. DC Fire and Emergency Medical Services personnel transported both males to a local hospital where they were both admitted for treatment in critical condition.

This case is being investigated by members of the Homicide Branch.

“The Metropolitan Police Department has announced that an arrest has been made in a sexual assault which occurred on Tuesday, September 17, 2013, in the 1700 block of 7th Street, NW.

On Tuesday, September 17, 2013, at approximately 9:00am, an unknown male entered an adult victim’s place of employment and sexually assaulted her.

On Thursday, September 19, 2013, 21 year-old Jahlani Brown of no fixed address was arrested and charged with First Degree Sexual Abuse.”

More reports after the jump.

Person of Interest Sought in Robbery and Kidnapping: 1000 Block of G Street, SE

“The Metropolitan Police Department is seeking the public’s assistance in identifying and locating a person of interest in connection with a robbery and kidnapping while armed that occurred in the 1000 block of G Street, SE.

On Wednesday, September 18, 2013, at approximately 9:35 pm, an unknown male approached an adult female, produced a handgun, and demanded the victim’s property. The suspect then demanded the victim to drive to an ATM located in the 600 block of Pennsylvania Avenue, SE and forced her to withdraw funds from her account. The suspect then made the victim drive to the area of 10th and E Streets, SE, where he forced her out of the vehicle and subsequently drove off with the her vehicle.

The person of interest is described as a black male, medium to dark complexion, slim build, early to mid-thirties, 5’8” to 5’9” in height, dressed in all brown clothing.”

“The Metropolitan Police Department has announced an arrest in the homicide which occurred in the 1000 block of 17th Street, NW, but is still seeking the public’s assistance in identifying and locating the second person of interest in connection with this homicide.

The decedent in this case is identified as 24-year-old Paul Aime Tanoh Danzo of Laurel, MD.

On Thursday, September 19, 2013, members of the Capitol Area Regional Fugitive Task Force arrested 33 year-old Michael A. Smith of Suitland, Maryland, charging him with Murder One, Conspiracy, and additional related charges in connection with the shooting death of Paul Aime Tanoh Danzo.”

“Detectives from the Metropolitan Police Department’s Homicide Branch are investigating a fatal stabbing which occurred in the rear of 5300 block of Georgia Ave, NW.

On Saturday, September 21, 2013 at approximately 12:41 am, officers from the Fourth District on routine patrol observed a male subject lying on his back in the rear of the 5300 block of Georgia Avenue, NW suffering from apparent multiple stab wounds. DC Fire and Emergency Medical Services personnel responded and transported the victim to a local hospital where he succumbed to his injuries and was pronounced dead.

The decedent is identified as 58 year-old Timothy Benjamin of Northwest, Washington, DC.”