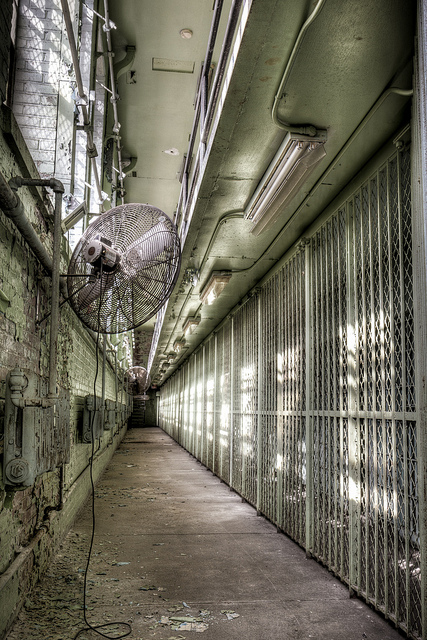 “Three leaders of MS-13 in Washington, D.C., were found guilty by a federal jury Tuesday of conspiring to participate in racketeering activity and other charges stemming from their roles in murders, extortion and other violent crimes in the Washington area.

“After a month-long trial, this jury delivered the message that MS-13 and its brutal brand of violence will not be tolerated in the District of Columbia,” said U.S. Attorney Machen. “These three killers now face life in prison for their outrageous crimes, including the stabbing death of a 14-year-old boy in Columbia Heights. I want to thank the prosecutors and our law enforcement partners who have dedicated years to investigating and prosecuting this transnational gang. The District is safer with these murderers behind bars.”

“Today, a jury has found three defendants guilty of committing heinous crimes as part of their membership in a brutal international criminal organization that has terrorized communities throughout the United States and Central America,” said Acting Assistant Attorney General Raman. “As a result of this successful investigation and prosecution, these violent gang members now face substantial prison sentences.”

“This verdict represents the consequences for the decisions made and the lifestyle choices of the three convicted gang members,” said Special Agent in Charge Torres. “Investigating violent crimes committed by trans-national gang members is a priority for HSI.”

“The convictions of these three violent gang leaders should send a clear message to the members of this ruthless, international criminal organization that gang activity will not be tolerated in our communities,” said Police Chief Lanier. “I applaud the hard work and dedication by the members of the Metropolitan Police Department and our law enforcement partners who helped make today’s convictions possible. Our communities will be safer as a result.”

Yester Ayala, 22, aka “Freeway” and “Daddy Yankee,” of Washington; Noe Machado-Erazo, aka “Gallo,” 30, of Wheaton, Md.; and Jose Martinez-Amaya, 26, aka “Crimen,” of Brentwood, Md., were each found guilty in U.S. District Court in the District of Columbia. At sentencing, scheduled for Nov. 4, 2013 before the Honorable Senior Judge Royce C. Lamberth, each of the defendants faces a maximum sentence of life in prison.

The government’s evidence showed that MS-13, a large gang that operates in the United States and Central America, engages in racketeering activity including murder, narcotics distribution, extortion, robberies, obstruction of justice and other crimes. The gang has numerous rules, such as enduring a beating of 13 seconds before becoming a member; killing rival gang members; and staying unfailingly loyal.

According to the government’s evidence, Machado-Erazo was a member and Martinez-Amaya was a leader of the Normandie clique, one of a number of smaller MS-13 groups operating in the Washington area. Ayala was a leader of the Sailors, another clique. The local cliques often act together, and evidence showed that Machado-Erazo was the leader of a program of cliques that worked together. According to evidence presented in court, the local MS-13 cliques act in accordance with the international MS-13’s strictures and have frequent contact with MS-13 leadership in El Salvador. The evidence showed that two of the murders were committed on orders from MS-13 leadership in El Salvador.

The three defendants are among numerous people indicted by a grand jury in 2010 following a federal investigation. Twelve others have pleaded guilty to charges in the case.

The range of criminal activity alleged in the indictment includes acts committed from 2008 through 2010 in the District of Columbia, Maryland, Virginia and other states.

The government presented evidence that Ayala helped carry out orders to murder Louis Alberto Membreno-Zelaya, a fellow MS-13 member who had removed his gang tattoos. Membreno-Zelaya, 27, was stabbed at least 20 times, according to evidence presented in court. His body was found on Nov. 6, 2008, in Northwest Washington. The second murder, according to evidence presented in court, took place in the late afternoon of Dec. 12, 2008. Ayala joined in on an attack against Giovanni Sanchez, 14, near the Columbia Heights Metro station in Washington. Giovanni had 11 stab wounds, and witnesses identified Ayala as one of the assailants.