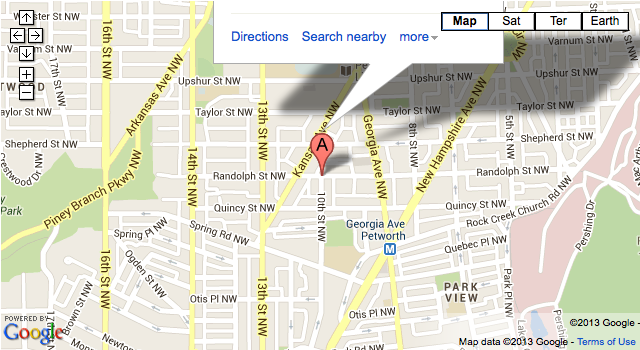 There was a mugging at about 6am this morning at the corner of 10th and Randolph NW. It appears the victim was hit from behind. His wallet was stolen, and he was knocked out and lost some blood, but he was up and taking to police a little while later. Hopefully, he will be okay.

The police were also out at Georgia and Randolph NW this morning, around 7:30am, looking for a suspect from a different robbery that had apparently fled on foot.

The cops seemed on top of things, but very scary. Yet another reminder to keep our wits about us as we are walking around (not to say that either of these victims was not doing so), even during daylight hours.”